Oclaro and Opnext Merger Being Seen as Positive 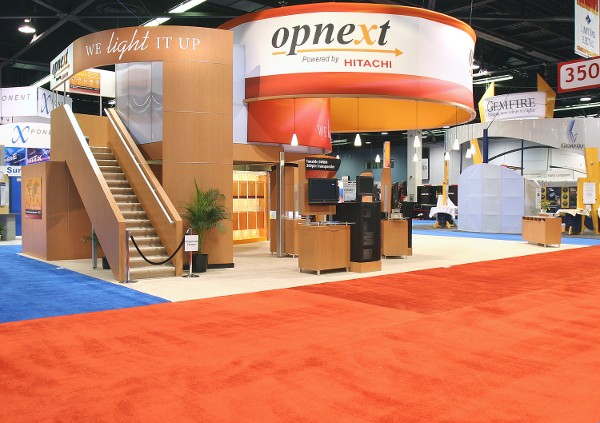 Oclaro Inc., a supplier of optical communications and laser technology, said Monday that it will merge in an all stock deal with Opnext Inc., the optical module and components vendor. Oclaro has agreed to acquire Opnext in a $179 million deal Monday.

Telecommunications industry analyst Ovum refers to the figures which show that Oclaro and Opnext currently rank as the sixth- and seventh-largest producers of optical components and modules respectively. The after merger things and figures that do not focus on the impact of the recent floods in Thailand that hit Opnext particularly hard. It is expected that the merger would rank second, behind Finisar and ahead of JDSU, Sumitomo and Avago Technologies.

Oclaro CEO, Alain Couder, oversaw the previous merger of Bookham and Avanex to create what is now Oclaro and said, “This merger clearly will be a unique and transformational opportunity. Our respective customers want to work with fewer, more strategic suppliers who can deliver the breadth of technologies that they need.”

It is expected that the merger will jump over JDSU into second place, behind Finisar, in the optical components and subsystems market. Opnext and Oclaro executives said, “The Oclaro and Opnext merger will see positive non-GAAP operating income in the first full quarter after the close”. Oclaro and Opnext expect that the annualized cost reductions of $35 million to $45 million within 18 months of the close of the transaction, which the executives expect will occur in the next three to six months. The company expects to take on $20 million to $30 million in restructuring and integration costs.

Opnext shareholders are expected to receive a fixed ratio of 0.42 shares of Oclaro common stock for every share of Opnext common stock. Therefore, Oclaro shareholders will own 58% of the merged company.

While Couder, Bosco, and other company participants declined to provide significant details of where those cost reductions will originate, Couder said that certain facilities would likely be downsized. Opnext’s production resources in Japan would seem to be a likely target, as Bosco said that he plans to move module production from those facilities. Couder did say that Oclaro’s fabs are seen as strategic assets that the combined company will retain.

The merger will also provide a growing market for laser diodes, electronic components that are used in a wide range of industrial and consumer applications.

Alain Couder said, “Our respective customers want to work with fewer, more strategic suppliers who can deliver the breadth of technologies they need”.

The merger would combine the number four and five companies in optical components and subsystems based on Ovum’s market share estimation. Couder explained, “We have been looking at consolidating this industry for the past two years. And we have been looking at all kinds of combinations. I think in this industry everybody has been talking to everybody for the past two years”.

It seems clear that the merger of Opnext and Oclaro is the most accretive combination that could be found. It has been done successfully in the Bookham Avanex merger; it is an integration of the same kind. It is believed that the industry is in a situation right now where such a merger can be a very important step toward a simpler industry.

Bosco believes that the other thing is that the market is changing.  Oclaro started out in a customization world about 12 years ago, 15 years ago. Then it went to a standardized module world. And now it’s going back into customization plus modules. So its going to be selling components as well as modules to customer bases, depending on the type of product.

On March 15, Novogratz went so far as to predict that the Bitcoin future price will reach half a million dollars per coin by 2027. He made this statement at the Bitcoin 2022 confer
24 hours ago