Ocean Plastic Could Triple in the Next Decade

These Startups are Fighting Against Ocean Plastic

Ocean plastic pollution is rapidly growing and could triple in the next decade, according to a new scientific research. It is estimated that ocean plastic in the “Great Pacific Garbage Patch” between Hawaii and California has grown sixteen times more than its previous volume reported by international researchers. The ocean plastic pollution currently amounts to about 8,000 tonnes, covering about 600,000 square miles. That’s twice the size of Texas, with its center recording the highest concentration of plastic in oceans ever recorded.

“Plastic concentration is increasing – I think the situation is getting worse,” said study author Laurent Lebreton of the Ocean Cleanup Foundation, which spearheaded the research. “This really highlights the urgency to take action in stopping the in-flow of plastic into the ocean and also taking measures to clean up the existing mess.”

Wind and converging ocean currents are responsible for accumulating the garbage in five ocean areas, the largest having about 1.8 trillion pieces of plastic and located between Hawaii and California.

The North Pacific was mapped by the researchers using plans and boats to evaluate ocean plastic pollution, seaweed and plankton. Three years study showed that ocean plastic is “increasing exponentially and at a faster rate than in the surrounding water”, according to the international team.

Of the 1.8 trillion bits of plastic found, microplastics accounted for about 8%. Some of the plastic in oceans were larger than microplastics, they include toys, toilet seats, and fishing nets. “The amount of ocean plastic discovered was staggering,” said Erik van Sebille of Utrecht University, who was not part of the study. 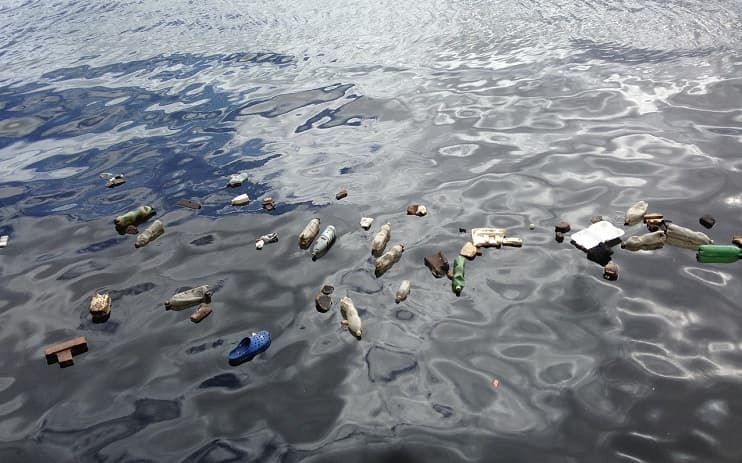 Scientific reports suggest that about 20% of recent ocean plastic accumulation could be as a result of the 2011 Japan earthquake and tsunami.

“While their estimates come with large uncertainty ranges, they do report a staggering amount of plastic,” van Sebillle said. “And they also discovered that the Garbage Patch is moving around much more than anyone expected.”

An explanation of why new estimates of plastic in oceans are “staggering” could be derived partially using aerial surveys according to BBC.

Scientific reports suggest that about 20% of recent ocean plastic accumulation could be as a result of the 2011 Japan earthquake and tsunami.

Report from the study

The survey reports are very clear. “It goes back to how we use plastic,” Laurent Lebreton said. “We’re not going to get away from plastic – in my opinion, it’s very useful, in medicine, transportation and construction, but I think we must divert the way we use plastic, particularly in terms of single-use plastic and those objects that have a very short service lifespan.”

Anna Domanska
Anna Domanska is an Industry Leaders Magazine author possessing wide-range of knowledge for Business News. She is an avid reader and writer of Business and CEO Magazines and a rigorous follower of Business Leaders.
« Mark Zuckerberg plans to add new privacy tools to Facebook amid data scandal
Future of e-mobility: BMW i4 will go 0-62mph in less than four seconds »
Leave a Comment
Close