Obesity problems in kids relate to consumption of sweetened Drinks 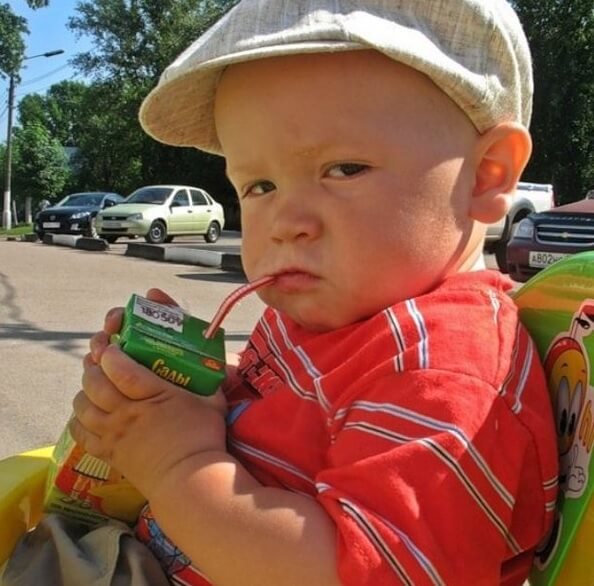 Kid having a sugary drink

Commonly we are aware that sugary foods are associated with piling on some extra pounds, and even an increased risk of suffering from obesity among teens and adults but according to a new study even five year old kids who consume sugar-sweetened sodas, sports drinks, juices and other sweetened drinks daily are at a higher risk of having obesity problems than those kids who have sugar-sweetened drinks often.

“Even though sugar-sweetened beverages are relatively a small percentage of the calories that children take in, that additional amount of calories did contribute to more weight gain over time,” said Dr. Mark DeBoer, who led the study at the University of Virginia in Charlottesville.

According to a study from Harvard, every year about 180,000 people die from obesity problems caused by drinking large amounts of sugary or sweetened drinks. A normal 20-ounce soda contains 15 to 18 teaspoons of sugar, which is about 240 calories. A 700 ounce soda can have as many as 700 calories. However, the calories are empty, which means people don’t feel full.

The researchers interviewed the parents of a nationally-representative group of 9,600 children when the kids were two, four and five years old regarding their income, education and how often their kids consumed sugary drinks and watched TV. The children were all born in 2001. The weight of the kids and their mothers was recorded at each survey visit.

It was found that about 9 to 13 percent of the kids drank at least one sugary drink daily. Those children were more likely to have an overweight mother and to watch at least two hours of TV each day at age four and five. There is even a risk of having a higher body mass index in four and five-year-olds that drank at least one sugary drink per day. 15 percent five-year-olds in the study were obese. Though the results didn’t show any obesity problems in two-year-old children, they had higher risk of gaining weight over the next two years when compared to other children who didn’t drink sugary beverages.

According to data from Centers for Disease Control and Prevention (CDC) about 17 percent of all children in the U.S. or 12.5 million children and teens in the country are affected by obesity.  Being obese at an early age ups the risk of several health complications including heart disease.

In a statement sent to Reuters Health, the American Beverage Association trade group wrote, “Overweight and obesity are caused by an imbalance between calories consumed from all foods and beverages (total diet) and calories burned (physical activity). Therefore, it is misleading to suggest that beverage consumption is uniquely responsible for weight gain among this group of children, especially at a time in their lives when they would normally gain weight and grow.”

“This is really just adding to the evidence we already know that (drinking) sugar-sweetened beverages in childhood is associated with weight gain. It’s definitely one of the major, if not the main, driver in childhood obesity,” Dr Y Claire Wang, a specialist in childhood nutrition and obesity at the Columbia University Mailman School of Public Health, New York, said, not surprised by the findings. Parents must consider the seriousness of allowing their kids to consume sugary drinks so frequently.

“It’s not to say that you’re going to ban all these sugary things … from people’s childhoods,” she added. “It’s just they’re supposed to be very rare treats.”

Public awareness could play an important role in educating parents to avoid getting sugary drinks for their kids and look for healthier alternatives such as milk and naturally sweetened drinks, and with kids at a risk of getting affected too, some huge steps need to be taken.