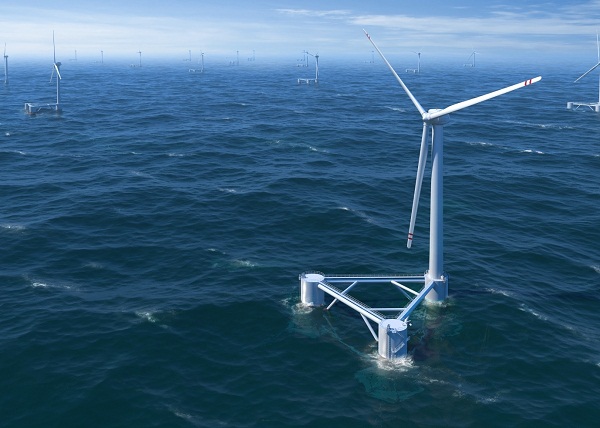 The Obama administration wants the U.S. offshore wind industry to flourish. As it reposes hope in renewable sources of energy, it decided to award $28 million in grants to seven projects. Those projects are aimed at developing different kinds of power-generation technologies.

As the Obama administration believes in the beneficial use of renewable energy, the Department of Energy announced that it would grant as much as $168 million in the next several years. Grants are expected to help companies develop and build first offshore wind farms in the U.S. To date, nine wind farms are at the advance level of development and as many as 24 are at the initial levels of development.

What is interesting is that the Obama administration supports new projects and introduces policies aimed at generating approximately 80 percent of the US electricity out of renewable source of energy by 2035. The administration believes that the US has a great potential for renewable energy as it possesses “untapped clean energy sources.” Therefore, several decisions were made to support the development of  new clean energy technologies. In addition, the Obama administration makes moves aimed at accelerating and facilitating leasing for offshore wind projects.

The new funding program calculates that each chosen project will get grant up to $4 million to finalize engineering, design and permitting stages. On the 12th of December, seven projects were granted the support of the Obama administration. According to the funding program, three of the seven projects will be chosen to receive up to $47 million to support both construction and installation levels so that commercial operation will be launched by 2017.

The seven projects, which were chosen, are located in following states: Texas, New Jersey, Oregon, Ohio, Virginia and Maine.

One of the seven projects is the design of Dominion Virginia Power. It has been granted the government support of up to $4 million for its team to start talks regarding the aforementioned stages for an offshore wind turbine demonstration facility which is planned to be located off the coast of Virginia. The project is aimed at building two wind turbines which will be connected to a transmission grid. Initially the project was to be built in federal waters over 20 miles off the coast off Virginia Beach. However the final localization will depend on further research which is to be conducted.

The Baryonyx Corp.’s project is also among the seven designs. It has been selected for its design to place three six-megawatt turbines in state waters near Port Isabel, Texas.

Even though many people welcome the support of the Obama administration in renewable energy, there are some voices of criticism toward the new funding program. Some of the staunchest critics of Obama’s energy policy underline that wind industry should be able to develop technologies all by itself without any government grants. In addition, critics also note that the Obama administration concentrates only on wind energy, while natural gas drilling is left by itself.

Also more and more analysts are strongly convinced that offshore winds projects might not be profitable due to high cost of construction, not to mention the low price of natural gas. Despite all these voices it seems that the Obama administration will not change its plans and it will focus on its National Offshore Wind Strategy.