Would investors take a big gulp of the Oatly IPO?

Oatly, the Swedish maker of dairy alternatives, will debut on the US stock market with a $10 billion valuation. It raised $1.4bn in its initial public offering on Wednesday, May 19.

The company raised $1.1bn in new shares and $335m for selling investors in the IPO on the eve of a listing on Nasdaq. Oatly is a joint venture between the Chinese state-owned conglomerate China Resources and the Belgian family investment group Verlinvest, which own a majority stake of 55.9 percent in the company and are due to reduce it in the current listing. The shares are priced at $17 each.

Oatly is not just a beverage but a “brand phenomenon that speaks to emerging consumer priorities of sustainability, trust and health”, creating “thought-provoking, conversation-sparking content to engage people around our mission”, according to the prospectus. 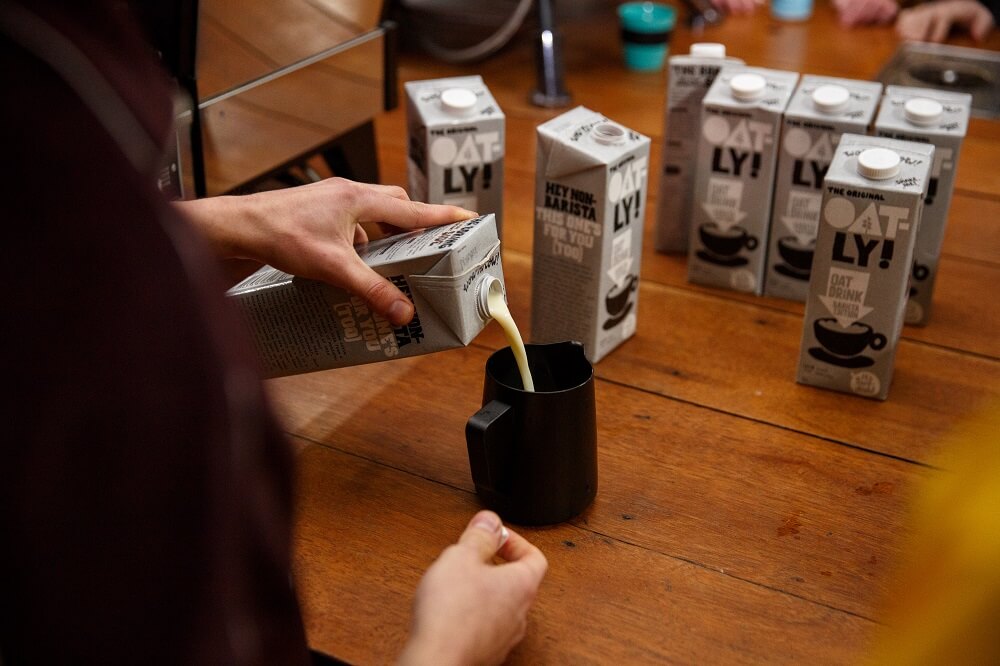 Oatly has marketed itself in an environment where people are conscious of what goes into their stomachs and where it is sourced from. Oat milk is definitely less harmful to the climate than milk sourced from animals. Milk substitutes made from soybeans, cashews, almonds, hazelnuts, hemp, rice, and oats have proliferated in response to soaring demand.

Oatly advertises that it is “like milk but made for humans.” But the company is more than 25 years old and is backed by some serious money.

The transition of the company as a world-recognized brand was helmed by Toni Petersson, the marketing maven, who took over around 8 years ago. Since joining what was already an 18-year-old company in 2012, the entrepreneur transformed an unknown enterprise into a lifestyle statement by riding the bandwagon of clean, green, sustainable and healthy.

Toni Petersson has become the face of the brand, he even appeared in the recent Super Bowl ad.

In an interview, he said that the havoc caused to Costa Rica due to climate change when he was living there forced him to think of alternative lifestyles.

Environmentalism has become “a belief system almost like a religion, but in this case it’s reliant on what science says . . . And I think we as a company [have] license to take a place in that ideology,” Petersson said.

Petersson worked with his chief creative officer John Schoolcraft to change the packaging and logo for the brand. He pitched the company in direct opposition to the dairy industry, and his pitch of“it’s like milk, but made for humans” saw the dairy industry in Sweden suing him in 2015 as it believed the slogan disparaged milk.

Oatly lost the lawsuit but won hearts and a great pie of the market.

But, Oatly has some liquidity issues too. The company’s prospectus warns investors that “we have identified material weaknesses in our internal control over financial reporting” that could prevent accurate reporting of future results. Oatly says it is trying to fix the problems.

Analysts also fear that Petersson’s style of operations may not sit well with investors once it has gone public. Quarterly results, conversations with analysts and investors, and more can become daunting for some CEOs. “You have a lot more watchful eyes from the analyst community and investors. A lot of us [analysts] are thinking short-term, looking at sales figures and margins,” said Arun Sundaram, analyst at CFRA.

Petersson has reduced his stake in Oatly to 1,5 percent, which is worth $146m at the offer price. The point is, will the company’s appearance on the Wall Street turn its marketing tactics a little more sombre. An image built on irreverence for the staid can be troublesome. The company faced a backlash from some fans after Blackstone led a $200 million investment in Oatly last year.

In a Goldman Sachs interview, Petersson described “bragging . . . how good you are” as “boring”, stressing the importance of “being a bit vulnerable” and “acknowledging your imperfections” while arguing that “sometimes you have to give up profitability, to do good”.

Anna Domanska
Anna Domanska is an Industry Leaders Magazine author possessing wide-range of knowledge for Business News. She is an avid reader and writer of Business and CEO Magazines and a rigorous follower of Business Leaders.
« WeWork suffers $2.06 billion loss in Q1, announces plans for another IPO
U.S. Treasury floats global corporate tax rate of at least 15% in international talks »
Leave a Comment
Close