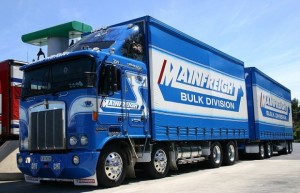 New Zealand’s largest trucking company, Mainfreight, is all set to enter the European market by acquiring Netherlands-based Wim Bosman Group, in what will be the NZ-based company’s largest acquisition.

Mainfreight has announced that it will pay at least €110 million for the Dutch transport and logistics provider, with a further €10 million payment if it achieves an earnings target before interest, tax, depreciation and amortisation of €20 million this year.

Promising to give Mainfreight a strong foothold into Europe, this acquisition is scheduled to be completed by April 1.

Mainfreight has also announced that it will debt fund the purchase instead of undertaking an equity raising because of its significant balance sheet capacity and the lower cost of debt relative to the cost of equity. This is expected to lift Mainfreight’s gearing ratio of “net debt to net debt plus equity” to about 48 per cent from 17.5 per cent. The company said it has renegotiated its existing debt facilities on more favourable terms, and can borrow up to $415 million in five-year multi-currency loans. 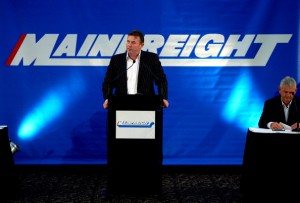 Confident about the growth of the company post-acquisition, Mainfreight also said that “Cash flow generation from the combined entity, post-acquisition, will be more than sufficient to service interest costs and debt reduction.”

The Wim Bosman Group is one of the largest privately-owned, integrated transport and logistics providers in the Netherlands and Belgium with 14 branches across six European countries, according to details given out by Mainfreight managing director Don Braid.

Key benefits of buying over this European logistics provider for Mainfreight include the establishment of a significant footprint within Europe with a well established, quality business, producing sound profits.

The timing of the deal was favourable to its long term European strategic initiatives, Mainfreight has said.

Privately-held, with 14 branches in six European nations, the Wim Bosman Group has more than 1,000 transport units, more than 275,000 square metres of warehouse and cross-docking facilities, and about 1,400 staff.

“Wim Bosman is a well respected, profitable organisation which will provide Mainfreight with a significant European presence and opportunity to further grow its supply chain logistic services throughout the world,” Mainfreight said in a statement.