Nvidia hits the mark of hope in investment sector after bringing intangible assets in the industry.

Nvidia, the graphics and crypto mining semiconductor designing company’s shares, rose for the fourth day in a row, up almost 4%, indicating investors’ confidence in its performance. The rise is notable as all its competition’s prices fell.

The post-pandemic boom in the semiconductor business has powered Nvidia into the top 10 US public companies, joining Apple Inc. and JPMorgan Chase & Co.

Morningstar analyst Abhinav Davuluri wrote recently, “After taking a fresh look at our thesis on Nvidia, we are raising our moat rating to wide from narrow, thanks to intangible assets related to the design of graphics processing units (GPUs).”

Nvidia was trading at $757.42, up 4%. It has jumped 80 % over the past one year amid its strong financial performance, giving it a market value of around $453 billion. That figure is more than the combined value of both Intel and Broadcom.

Nvidia has received a positive rating from Truist too, which raised its share price expectations to $910 from the present $768. KeyBanc analyst John Vinh also lifted his one-year price target on Nvidia to $950 from $775. The investment firms have affirmed the buy rating on shares of the Santa Clara, Calif., company.

To top it all, BMO Capital Markets analyst Ambrish Srivastava has put his price target on the chip maker at $1000 up from $975.

Analysts have improved their ratings and lifted the price caps on its shoes after the stellar showing of the chip making company in its first-quarter results. In Nvidia’s Q1 2022 earnings, revenue jumped to $5.66 billion, up strongly from $3.08 billion in Q1 2021. 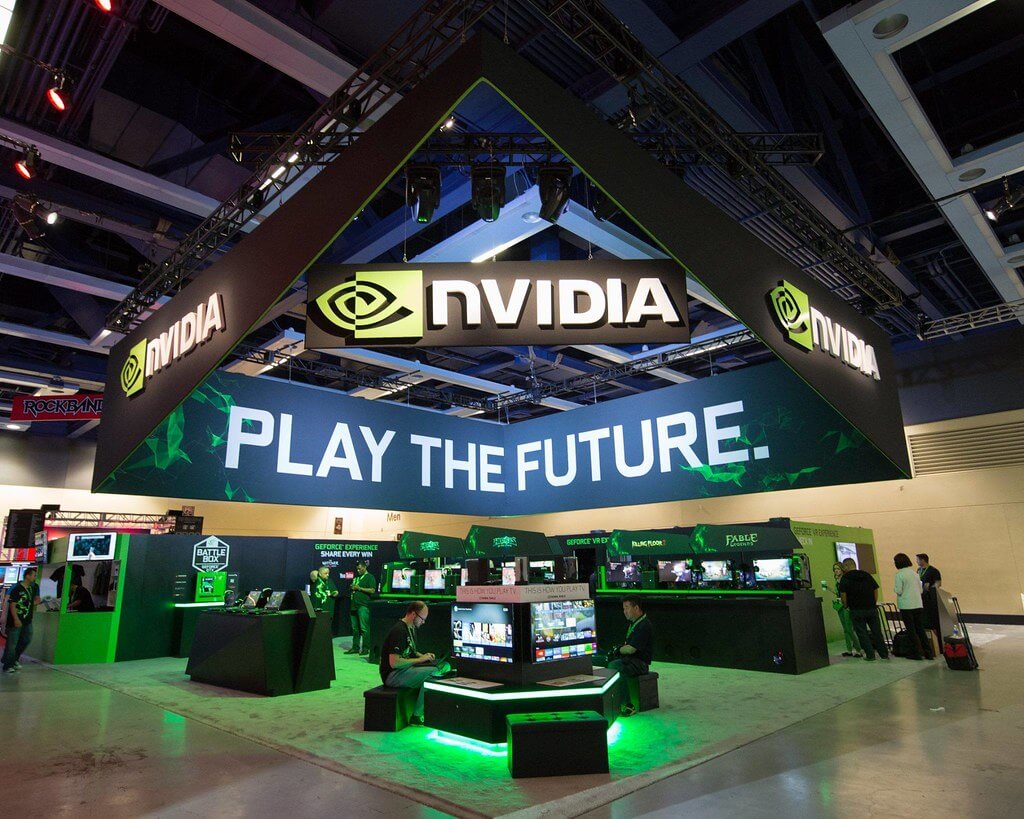 Nvidia boosts up the shares up to 4% signing confidence in investors.

Analysts expect the company will continue seeing strong revenue growth in the medium term, as data center and GPU demand are expected to stay strong as people continue to depend on technology to see them through the pandemic induced stay at home work. Additionally, Nvidia had done well to curb spending and concentrate on research and development.

Chip shares have risen thanks to a pandemic-induced global shortage of semiconductors. Nvidia has another advantage of having chips that have a higher-end artificial intelligence performance and are used for crypto mining too. Nvidia plans to manufacture cards aimed specifically at the crypto market. With the supply facing a crunch, the chipmaker is bound to have a price advantage as companies will be vying to get access to the chips as fast as possible.

Nvidia is booming the results in semiconductor business as one of the Top 10 US Public Companies.

“The company is the biggest and best supplier of parallel computing,” said Srivastava of BMO Capital Markets. “It’s hard to compete against that.”

At the ongoing gamers’ development conference, Nvidia showcased Raytracing running on an ARM-based MediaTek processor. The company says that these advanced graphical options can be extended to a broader range of devices.

“RTX is the most ground breaking technology to come to PC gaming in the last two decades,” said PC Tseng, general manager of MediaTek’s intelligent multimedia business unit. “MediaTek and NVIDIA are laying the foundation for a new category of Arm-based high-performance PCs.”

Motley Fool analysts feel that the stock remains richly priced. And their list of top 10 stocks to invest in does not figure Nvidia.