Vodafone Admits Its Been Wiretapped Across Several Countries by Government Agencies 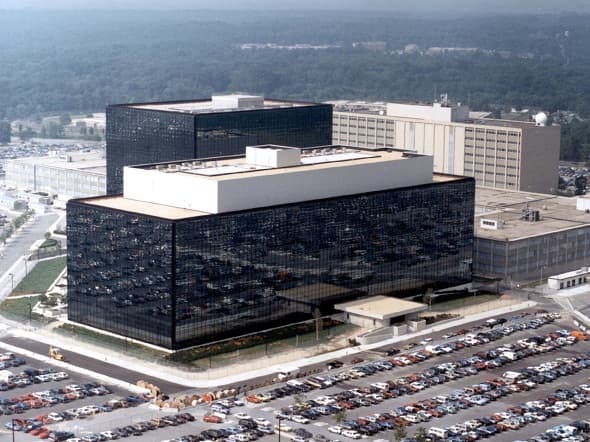 The documents were provided to the website by whistleblower Edward Snowden.

Britain’s electronic spying agency, along with the U.S. National Security Agency reportedly hacked into the computer networks of a Dutch company to steal encryption keys used to protect the privacy of cellphone communications to spy on mobile phones worldwide, according to new documents provided by the former NSA systems administrator Edward Snowden.

The news comes in the form of a new report from The Intercept. The documents were provided to the website by whistleblower Edward Snowden.

UK’s Government Communications Headquarters (GCHQ) and the NSA apparently permitted the agencies to monitor a large portion of data mobile and voice communications around the world without valid permission from governments and telecom companies, according to the report.

The Intercept’s story about the documents posted on Thursday did not offer any details on how the intelligence agencies employed the eavesdropping capability. But the stealthy operation against the world’s largest mobile phone data chips manufacturer is bound to fuel anger worldwide.

The targeted company is called Gemalto, based in the Netherlands and they manufacture chips and SIM cards that are used in smartphones and credit cards. Its clients include major carriers like Verizon, T-Mobile, AT&T, Sprint and many more. Worldwide a total 450 wireless carriers use their technology.

Gemalto officials told the website they had no idea their networks had been allegedly hacked by the US and UK spy agencies. Even The Intercept provided no evidence of any monitoring against U.S. customers of those providers. Experts say it a major compromise of mobile phone security.

“From what we gathered at this moment, the target was not Gemalto, per se – it was an attempt to try and cast the widest net possible to reach as many mobile phones as possible,” a Gemalto spokeswoman said in an email.

“We take this publication very seriously and will devote all resources necessary to fully investigate and understand the scope of such highly sophisticated technique to try to obtain SIM card data,” she said.

Previously, former agency officials have defended using spying techniques to further surveillance capabilities, saying the U.S. needs to snoop on terrorists and U.S. nemesis who makes contact on the same networks as everybody else. According to The Intercept, UK’s government’s hackers targeted Gemalto engineers around the world much as the U.S. often condemns Chinese government hackers of attacking the western companies, stealing documentations that brought hackers into the company’s networks.

In June 2010, UK’s Government Communications Headquarters (GCHQ) intercepted almost 300,000 keys for mobile phone users in Somalia. During the same time, GCHQ successfully intercepted keys used by wireless network providers in Afghanistan, Yemen, India, Iran, Serbia, Iceland and Tajikistan, according to the documents given to The Intercept.

Christy Gren
Christy Gren is an Industry Specialist Reporter at Industry Leaders Magazine she enjoys writing about Unicorns, Silicon Valley, Startups, Business Leaders and Innovators. Her articles provide an insight about the Power Players in the field of Technology, Auto, Manufacturing, and F&B.
« Outlook for Android and iOS gets new security features
Sprint offering pre-orders for the LG G Flex 2 smartphone, features and pricing revealed »
Leave a Comment
Close