A new extensive and interesting write up at The Intercept claims the National Security Agency has developed malware implants, which allows it to extract data automatically from millions of computers and phone networks around the world. The report is based on leaked documents provided by former NSA contractor Edward Snowden. 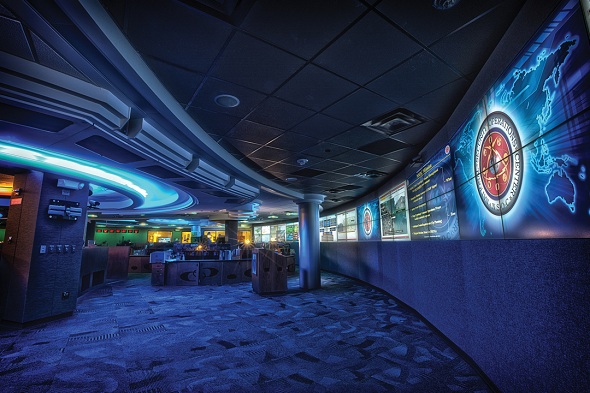 Inside the NSA headquarters building in Fort Meade, Maryland.

In its efforts to inject malware on millions of computers worldwide, the National Security Agency has at times impersonated Facebook to trick unsuspecting people into downloading their malicious code under a project codenamed TURBINE. Then, the NSA would hack into the user’s hard drive and steal their personal data.

The TURBINE program also used spam emails laced with malware, and corrupted file downloads.  The malware injected by the NSA could then gain access and record conversations that occur near a device’s webcam or microphone, capture browsing records and login details, webcams to take snapshots, save passwords and infiltrate captured data on flash drives and move that information back to the NSA itself. The classified documents say that the malware can be installed in as little as eight seconds.

The Intercept said the malware began as a limited program as early as 2004 that was once reserved for 100 to 150 hard-to-reach targets, believed to be threats to national security. In the beginning the malware was sent manually with actual people overseeing the process. Over the next few years the automated program expanded its use as the NSA hired more hackers to install new types of malware.

However, by 2010, the NSA expanded dramatically and no longer cared about hitting specific targets with malware. In the battle for internet dominance the agency covertly hacked into computers on a mass scale. According to estimates the spyware is documented to have already been installed on

Facebook in its statement said that the NSA could no longer pull this trick with its servers, but warned users that other social networks may still be at risk from such attacks. The social network added that it was not aware of the program until now. While it is still unknown if the NSA is using these techniques to inject malware into computers, but chances are, TURBINE could still be very active.

While the NSA has drawn a lot of flak for its industrial-scale exploitation, its counterparts in the United Kingdom, Canada, New Zealand, and Australia cannot be left behind. Reports state they were well aware of the use of TURBINE implants, and the UK in particular conspired with the system’s deployment.