Now That UberEATS Launches In Melbourne, Uber Can Be Your Everything 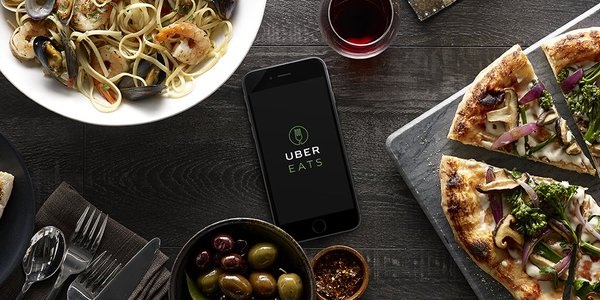 From today, Melburnians will be first in Australia to enjoy the service of UberEATS. No doubt that the ridesharing company’s food delivery app chose Melbourne, as it is Australia’s most famous foodie destination.

From Jimmy Grant’s burgers to Supernormal dumplings, Uber’s food delivery service will cater for those hungry and lazy people, who want something more than just a Domino’s pizza.

UberEATS will deliver meals from over 80 restaurants. The service will be available from 11am to 10pm, seven days a week, and that too for free. But here’s a catch: You can only order food if you stay in Melbourne’s inner suburbs, from Windsor to Carlton and Richmond to West Melbourne.

Simon Rossi, the General Manager of Uber’s food delivery service in Australia says that “Melbourne is the ultimate foodie city, and our service will allow us to help people to have access to city’s variety of food from top restaurants in their suburbs and beyond. Our goal is to offer people what they want to eat, when they want to eat, in the shortest time possible.”

Food delivery startups are operating in a very crowded space, including Blue Apron, Din, Gobble, PlateJoy, SpoonRocket, GrubHub, ChefDay, Maple, HelloFresh, Postmates, Instacart, and obviously Uber. Tech giants like Google with its Shopping Express, and Amazon with AmazonFresh are eager to make delivery convenient and cheap. Also, Google is adopting food as a medium to promote its tech products such as Google Photos and Google Translate by opening short-term restaurants or food carts.

But somehow Uber has managed to be a reliable delivery option by aiming at local restaurants, expanding their capacity, and reach to a whole new network of potential customers.

Previously this year, UberEATS was launched in Chicago, Los Angeles, Houston, San Francisco, and Toronto for all the food lovers residing in different parts of the world. The app charges a delivery amount, depending on your order.