Now Facebook Will Talk and Write Messages for You 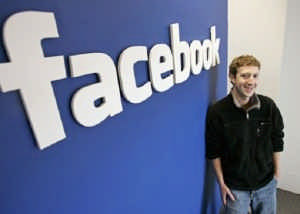 Today, Facebook’s CEO Mark Zuckerburg posted in a public Q&A on his own Facebook Page about spending that the company vesting in Artificial Intelligence, Virtual Reality Technology, and the Internet.org project.

The company presents a closer look to improve its product beyond promising that it aims to advance the relevancy of the News Feed, and revealed about the back-end technology on the Facebook forum. But, the company is still cagey about how they can execute such technologies to improve users’ experience. Mark stated that their new project of AI is at the moment focusing on understanding the meaning of what people share. He said that the company is planning to develop AI systems, which are more intelligent and beneficial than human’s primary senses, such as listening, and vision, etc.

Mark believes that the new innovation will allow users to send their emotions or feelings. For an instance, if a person memorizes about some special event and wants to acknowledge to another guy, then Facebook’s new technology helps send that information to the desired individual.

Likewise, mark explained further that if an individual snaps an image that has a friend in it, then before posting it on their Facebook page, the individual should make sure that the image is visible to his/her friend. So, to make it more vibrant and exciting, the company aims to develop AI technology, which is better than humans.

Mark further explained that for vision, they are developing a system that recognizes everything in that image or a video. This incorporates object, scenes, people, etc. Also, this system should be capable of interpreting and identifying the context of the images and videos, and other objects too. For listening and language: engineers are focusing on translation or encryption/decryption of speech to text, where text will be decrypted in any language. It should also have the ability to answer any natural question that is being asked by the user.

Zuckerburg describes more about AI for listening additionally reveals more about the strategy of Facebook’s secretive Language Technology Group. The company has announced that it has started testing a feature where users can record their voice snippet into messenger, and its technology will translate it into the desired text, so that the recipients can read it, rather listening to it.

Mark stated that speech AI can one day be helpful to type messages into the Messengers, then let to send it to your friend, where they can not only listen, but also can view the message that you have written for them. And of course, Facebook could potentially use the same AI+ algorithms to mine interests and meaning out of your messages or speech, and your News Feed posts.

Anna Domanska
Anna Domanska is an Industry Leaders Magazine author possessing wide-range of knowledge for Business News. She is an avid reader and writer of Business and CEO Magazines and a rigorous follower of Business Leaders.
« Samsung’s new technology will expand Smartphone’s battery life
PayPal Avouches The Acquisition Of Xoom Corp. »
Leave a Comment
Close