The testing of autonomous vehicles had received mixed results previously; which had become a tough situation for automaker companies. As a result of these mixed results; the U.S. Department of Transportation laid out 10 testing grounds for autonomous vehicle testing. These are dedicated grounds where the automakers; their research teams and other start-ups can try and test their technologies before they launch their products on the streets. Not only do these grounds provide roads for practical testing; they also form communities to share new findings. On the other hand, Norway’s fjords are used as a test bed for marine companies. 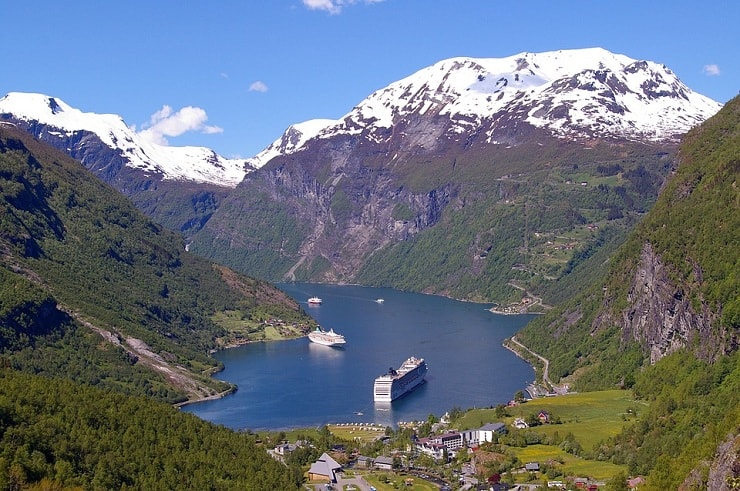 There are minimum 10 grounds that are approved by the government; for testing the land-based autonomous vehicles; while there is only one official site for testing the seafaring counterparts. This site opened in Norway’s Trondheim Fjord officially last year. It has wide and open water bodies that are similar to a small sea, but the shipping traffic is relatively low. This site is home to some major research and academic organizations like; the Norwegian University of Science and Technology’s Center for Autonomous Marine Operations (NTNU AMOS); the Norwegian Marine Technology Research Institute (MARINTEK), and the Ocean Space Center.

The benefit of low traffic is that it lessens the chance of collisions; if the vehicles go haywire while on their test mode. The area also has a good bunch of research centers and businesses. Companies like the Rolls Royce Marine, Seatex, and Maritime Robotics have all visited this fjord for testing their autonomous and robotic technologies.

Use of Trondheim Harbor for Research and Testing

This site is established as a partnership between the Norwegian government and the Norwegian University of Science and Technology’s Center for Autonomous Marine Operations (NTNU AMOS). It also includes a part of the Trondheim Harbor. This place is significantly used for testing operational risk and safety management projects, and navigation and collision avoidance systems. Researchers say that various technologies developed here will revolutionalize the shipping industry; as human staff is not needed to man a ship anymore.

Notably, this site is one of its kind in the world; helping the Norwegian Coastal Authorities to take a lead in changing the systems of the maritime world. With the help of researches and testing’s here; it is possible that one day fully enabled autonomous cargo vehicles will become a reality.

Automaker companies are using this testing bed for their unique inventions and future plans. Kongsberg Seatex has been using the Trondheim site to develop its snake-like Eelume robot for underwater cleanup and inspection. Another automaker giant Rolls Royce; who is planning to build a series of remote controlled ships by the year 2020; uses the Trondheim site as its test bed.

Christy Gren
Christy Gren is an Industry Specialist Reporter at Industry Leaders Magazine she enjoys writing about Unicorns, Silicon Valley, Startups, Business Leaders and Innovators. Her articles provide an insight about the Power Players in the field of Technology, Auto, Manufacturing, and F&B.
« It’s alright to seek Leadership Help, even if you are the Uber CEO
NIO EVE Autonomous Electric Car to roam on the streets of U.S. by 2020 »
Leave a Comment
Close