North Korea’s threats to have long-lasting impact on markets 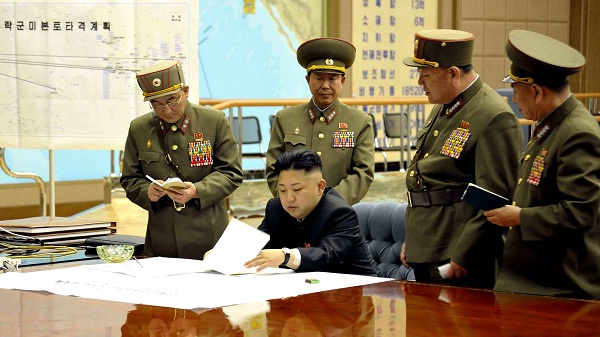 North Korean threats to have long-lasting effects on the economy

North Korean threats have not only spread panic because of the political implications of probable military confrontation, but they have also already affected markets. South Korean officials underlined that the irrational political situation driven by the North Korean threats and rampage would have immense and long-lasting impact on markets. Indeed, the North Korea’s recent policy of aggressive steps might pose a threat to stability of the South Korea’s economy. Yet, South Korean officials have been instantly ensuring that they will take all required steps to stabilize the financial market.

On the 5th of April, at the crisis meeting, which was completely dedicated to the North Korean threats, South Korean officials pledged to introduce measures aimed at ensuring stability of markets and monitoring the situation revolving around the effects of the increasing conflict. It was underlined that the government would take all necessary steps to minimize negative effects of North Korean threats. Interestingly, it is widely expected that this time the North Korean rampage might have a long-term impact on markets. Choo Kyung-ho, Vice Finance Minister, underscored: “In the past, (markets) recovered quickly from the impact from any North Korea-related event, but recent threats from North Korea are stronger and the impact may therefore not disappear quickly.”

The fact is that South Korea’s financial markets have already witnessed consequences of North Korean actions and statements as recent trading suffered because of increasing threats from the regime. Indeed, the isolated regime has lately threatened to hit the US military bases, not to mention that it has mentioned that is has plans to close the Kaesong Industrial Complex which in fact brings crucial dividends.

It seems that the political crisis, which has increased a risk of outburst of a nuclear war,  is impacting more and more markets. Without a doubt, the crisis broke just few weeks after new President Park Geun-hye took up the reins. What is interesting is the fact that the South Korea’s President underlined that the markets reacted so strongly and nervously as North Korea had threatened to close the Kaesong Industrial Complex for the first time in its history. Shutting down the Kaesong Industrial Complex would mean huge losses for the regime, thus many analysts doubt that North Korea’s authorities would decide to take that step.

While the North Korean threats have already impacted financial markets, just to mention slumps observed in the stock and currency markets, the fact is that South Korea’s exports and other macroeconomic gauges have not suffered yet from the crisis.

Measures to be taken

According to adumbration, the government of South Korea is going to provide data on the economy to investors and analysts to ensure that the situation is under control. In addition, investors are just impatiently waiting for cuts in interest rates which are expected to be introduced on the 11th of March. Undeniably, South Korea will do whatever it takes to ensure the international environment and investors that it can cope with the consequences of North Korean threats.

Despite all efforts of the South Korea’s government, the companies are concerned with the ongoing situation. Therefore some companies such General Motors Corp, have been preparing for any possibility to ensure the safety of workers and security of operations located in South Korea.

Anna Domanska
Anna Domanska is an Industry Leaders Magazine author possessing wide-range of knowledge for Business News. She is an avid reader and writer of Business and CEO Magazines and a rigorous follower of Business Leaders.
« Packer to turn Sri Lanka into casino hub
Factory Activity Roundup – slow growth rate in Q1 »
Leave a Comment
Close