Nordstrom Inc. to open stores in Canada; its expansion begins 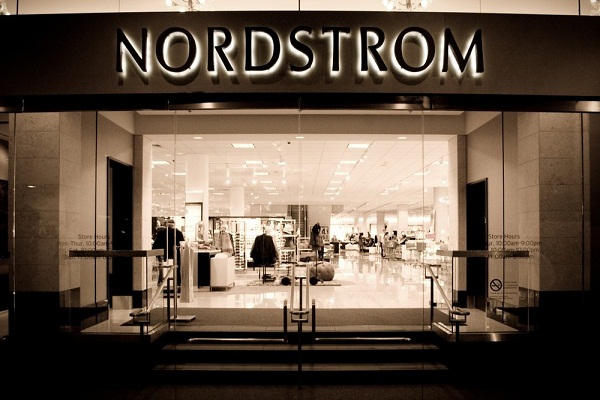 Nordstrom Inc., the U.S. high-end retailer, has informed recently that it will open four stores in Canada. The Nordstrom Inc.’s expansion in Canada will start in the fall of 2014 when its first store will be opened. Nordstrom Inc., which is based in Seattle, will team up with Canadian mall developer Cadillac Fairview. The U.S. Seattle-based chain will open its stores in Alberta, Ottawa, Toronto and Vancouver. Nordstrom Inc., however, is expected to potentially open more than a dozen of its lower-priced Rack shops in Canada after its first namesake department is opened.

Blake Nordstrom has highlighted Nordstrom Inc. could open two to five stores in Canada depending on the availability of prime locations, yet the company will focus mainly on these initial four which had been announced.

Moreover Blake Nordstrom noted that a tight commercial real estate market in Canada offered no too many choices to pick from. As a result, Nordstrom Inc. had decided to cooperate with Canadian mall developer Cadillac Fairview. Nordstrom Inc.’s stores in Canada, which are to be launched starting from 2014, will move into space vacated by Sears Holdings Corp. and then renovated sites at Pacific Centre in Vancouver, Chinook Centre in Calgary and Rideau Centre in Ottawa. In addition, a new store for Nordstrom Inc. will be built at Toronto’s Sherway Gardens. Nordstrom Inc.’s store in Calgary will be opened in the fall of 2014. The opening of stores in Ottawa and Vancouver is scheduled for spring of 2015; Toronto’s shop is to be launched in fall of 2016.

Nordstrom Inc.’s is not the first U.S retainer to start the expansion in Canada. There is a long list of American retailers expanding into Canadian market, which have been lured by a resilient economy and Canadian consumers who are familiar with American brands. Among those companies is, inter alia, U.S discount chain Target Corp. which is to open roughly 125 Canadian stores starting spring 2012.

Also U.S. luxury chains such as Neiman Marcus Group and Saks Inc. have plans of expanding their businesses, yet they are cautious while choosing to ramp up outlet chains rather than opening full-service stores. However U.S.-based Kate Spade New York will make its entry into the Canadian market this fall with stand-alone stores in Toronto as Ann Taylor and Loft, owned by New York-based Ann Inc., is going to expand in Canada as well.

But U.S companies are not the only to start their expansion in Canada,  Ted Baker London, well-known British fashion brand, will make it entry in Toronto this fall as well.

Anna Domanska
Anna Domanska is an Industry Leaders Magazine author possessing wide-range of knowledge for Business News. She is an avid reader and writer of Business and CEO Magazines and a rigorous follower of Business Leaders.
« Debt-ridden Chesapeake Energy Corp. to Sell Its Holdings for $6.9bn
Cupid’s revenues doubled as company thinks about niche markets »
Leave a Comment
Close