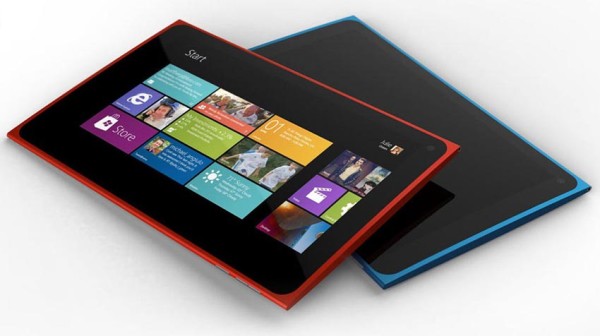 Nokia announced its first tablet, the Lumia 2520 at an event in Abu Dhabi. Nokia’s last product the company will make before it is taken over by Microsoft.The Finnish phone makers mobile business was sold to Microsoft for €5.4 billion (£4.6bn) in September, however the deal will not be finalised until sometime early 2014. Both of the companies have had a successful association in recent years, with Nokia’s range of Lumia smartphones responsible for the huge majority of Windows phone sales.

The 2520 uses Nokia’s Clear Black Display filter, which assures to curtail glare when the user is outside. The USB 3.0 and HDMI ports are on the right side with the volume rocker and power/lock button, both located on the top edge. The left side houses the headphone jack and charging port.

Nokia’s last product also has a 6.7-megapixel main camera and 2-megapixel HD front-facing camera for Skype calls. The 2520 has an 8,000mAh battery, with a battery life of 11 hours with normal use. Instead of Micro-USB, the tablet uses a proprietary charger that comes with a feature called “fast charging,” which will quickly power up the battery if the user is in a rush. With that the user can get a 50 percent charge in 30 minutes, and up to 80 percent in one hour. Perhaps the most interesting feature is the “Power Keyboard,” a cover/keyboard/bonus battery accessory that costs an additional $150 and will boost five extra hours of battery life to the 11 hours already available from the tablet.

A 2GB of RAM and 2.2GHz Quad-core Snapdragon 800 processor with an 8974 chipset for LTE powers the 2520. Nokia says it will only build tablets that have both LTE and Wi-Fi, hoping to play up the idea that the user can take it along everywhere. There’s also 32GB of internal memory that’s expandable up to 64GB with a microSD card.

Nokia says the Lumia 2520 will be available in different colors, including glossy red and white, and a matte version in cyan and black. The 10.1-inch tablet will cost $499 and the “Power Keyboard” will cost an extra $150. U.S. availability comes later in the year on AT&T. Verizon has also confirmed it will be carrying the 2520 this quarter. We can conclude that Nokia’s last product is definitely a tablet  to wish for and a great way to say goodbye before completely joining Microsoft.