Nokia to sell its Finish headquarters due to financial troubles

Global mobile phone sales slump in 2012. Apple and Samsung still in the lead

Nokia back in the game as 4Q results top estimates 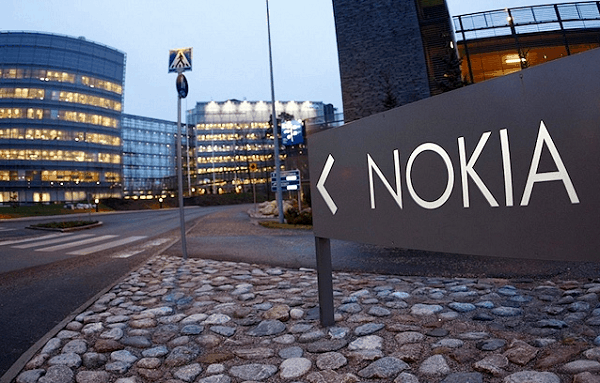 Nokia Corp. informed on the 4th of December that it signed an agreement to sell and lease back its headquarters located in Espoo, Finland. The Nokia Corp.’s decision to sell the headquarters comes as the Finish mobile maker is struggling due to tough economic conditions and strong competition in the market. Exilion Capital Oy, the Finland-based software consultancy firm, acquired the Nokia Corp.’s headquarters for approximately €170 million, or $222 million. The transaction is to be completed by the end of 2012.

According to a statement, Nokia Corp. sold the building, which had been the company’s headquarters for more than 15 years, for approximately €170 million as the well-known mobile maker attempts to improve its financial situation by divesting assets. The building located near the Gulf of Finland has almost 50,000 square meters and it is known for its steel-and-glass design. The construction was completed back in 2001. As many as 1,800 Nokia Corp.’s workers are hired at the headquarters.

Timo Ihamuotila, chief financial officer at Nokia Corp., underlined that the sale of the company’s headquarters in Espoo was in accord with company’s plans regarding cutting down its spending. He added, however, that the company would not vacate the building. The company is to lease back the headquarters for a relatively small amount of money, according to the company. Nokia Corp. declined to comment on the leasing price though. Timo Ihamuotila also noticed: “Owning real estate is not part of Nokia’s core business and when good opportunities arise we are willing to exit these types of non-core assets.” The sale of Nokia Corp.’s headquarters is expected to be completed by the end of 2012.

But everything indicates that it is not the end of the jumble sale as Nokia Corp. is still assessing its other parts of operations such as real estates and patents. All these moves are aimed at  reducing costs and financing its shift to Microsoft Corp.’s Windows Phone 8 Operating System for Nokia Corp.’s smartphones.

Nokia Corp. has been struggling for a while. The producer of once one of the most popular mobile brand saw its popularity decrease significantly. In addition, Nokia Corp. has seen poor quarterly financial results, not to mention that it has been facing the growing popularity of its arch rivals such as Apple Inc. and Samsung Electronics Co.

Due to unsatisfactory financial results, which Nokia Corp. saw in recent quarters, the company has been under significant scrutiny over its cash position. Moreover, three major credit-rating firms cut Nokia Corp.’s ratings to junk level.

Nokia Corp. saw a loss of almost €575 million, not to mention that net sales decreased by approximately 19 percent on the second quarter.

The struggling company decided to cut as many as 10,000 job in 2012. In addition, Nokia Corp. also announced to streamline its operations as it implements its cost reduction plans. The downsizing and streamlining are expected to bring as much as €1.6 in savings by the end of 2013.