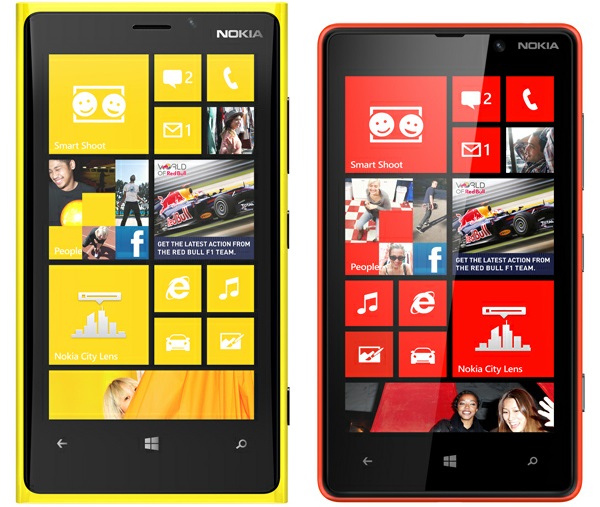 According to latest rumors Nokia will unveil the Lumia 929 at a special press event on Oct. 22.The New Nokia Lumia 929 is expected to be smaller than the 6-inch Lumia 1520, launching with a 5-inch screen instead.

The leaked images that came from Twitter reportedly display the black-coloured handset’s front side with Verizon branding at the top-left corner. The name also suggests that it would be numerical follow up for Verizon’s exclusive Nokia device that is the Lumia 928.

The new Nokia Lumia 929 will boast a full HD (1080p) touchscreen display, smaller than 1520’s. The LTE network displayed on the handset’s screen on the top left corner hints that the device will come with Verizon’s 4G connectivity along with a front-facing camera.

According to a source the Lumia 929 also seems to carry a massive 20 megapixel Pure View camera supported by Carl Zeiss optics and flash. Under the hood it may be powered by a Qualcomm Snapdragon quad-core processor with 2GB of RAM. New Nokia Lumia 929 is also seen assisting the extra tile size in the image signifying that the handset might come with a GDR3 update.

Considering New Nokia Lumia 929 is the numerical follow-up of Nokia Lumia 928, it might adopt many of its features from the existing 928 model with some upgrades. Lumia 929 device will be made available in white as well as black colors.

It is also believed that Nokia might also release the massive Lumia 1520 smarpthone/tablet hybrid on the same day. Rumours suggest the phone will sport a 6-inch 1080p display and the main highlight is the 20-megapixel rear camera. As reported earlier the leaked image apparently reveals that the Lumia 1520 would allow few extra columns and rows for apps. The other specifications of the device include a Qualcomm Snapdragon 800 processor, 2GB of RAM, 32GB ROM, support for microSD expansion.

According to rumours the Lumia 1520 comes with a polycarbonate body. In spite its large screen the phone is said to be reportedly thin and lightweight.

As per reports the Finnish giant Nokia would unveil its next flagship in Abu Dhabi and will release the device on AT&T in the beginning of November.

It had been reported earlier that, following the deal to sell its handset business and license patents to Microsoft, Nokia intentionally postponed the launch of its large-screen phablet, which was  otherwise planned for end September.