It seems that Microsoft will soon be making money out of Android Devices; since soon to be acquired Nokia recently introduced low-end Android Devices at MWC, Barcelona. However, Nokia has ripped out Google Play Store, the nucleus of the Android Ecosystem and presented Android Family known as X, X+ and XL in an effort to tap in the dominating Android Market. 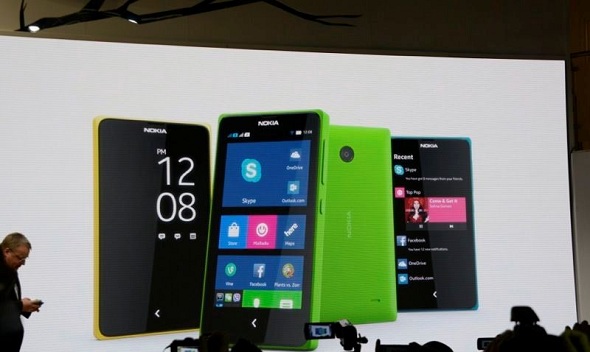 Nokia presented its very first low-cost Android Devices known as X, X+ and XL in an effort to tap in the dominating Android Market at the Mobile World Congress 2014

Android Nokia XL will have a 5-inch screen, 5MP camera and a 2MP front facing camera.

Maps, Mix Radio, Skype and Outlook will be features on the Nokia Store. Users will be able to access Nokia or third party stores, but won’t have Google’s app or Play store since both the devices are based on Android Open Source Project Android OS. Nokia build the interface around FastLane. When the user swipes across Fastlane, it brings up a notification bar which encompasses recent apps, missed calls, texts and other activities.

Both the devices, X and X+ will be available immediately at 89 Euros and 99 Euros respectively. The Nokia XL will cost at 109 Euros, all going for sale in March in Europe.

All three devices will not be available in U.S., Canada, Korea and Japan in order to avoid competing with Lumia phones which cost around hundred of dollars in the U.S.

Nokia CEO Stephen Elop announced during Nokia’s Mobile World Conference in Barcelona that BBM, Vine and Instagram will be one of the few apps that will be added to the Windows Phone ecosystem.

He also announced that Adobe Photoshop will be arriving on the OS, assuring that Nokia is constantly striving to evolve and improve Windows Phone app ecosystem in order to compete with iOS and Android. The latter of which dominates about 80% of mobile market.

Nokia CEO Elop also announced the Nokia 220, a 2G low-end device running Series 40. The Nokia 220 will be available for 29 Euros and will have a 2.4inch display. It will also have Facebook, Twitter, Bing and some preloaded games.

Nokia’s ASHA line also has a new member in the family. The 230, which is Nokia’s cheapest Asha at 45 Euros comes with a touch screen. An OS update will be coming soon for the Asha OS bringing access to OneDrive and MixRadio for Wi-Fi handsets.

Anna Domanska
Anna Domanska is an Industry Leaders Magazine author possessing wide-range of knowledge for Business News. She is an avid reader and writer of Business and CEO Magazines and a rigorous follower of Business Leaders.
« With the New Samsung Galaxy S5 You can Take Selfies Underwater
Alchemy meets Textile: The Inception of Futuristic Clothing »
Leave a Comment
Close