Microsoft and Nokia Team Up to launch a windows 8 smartphone. 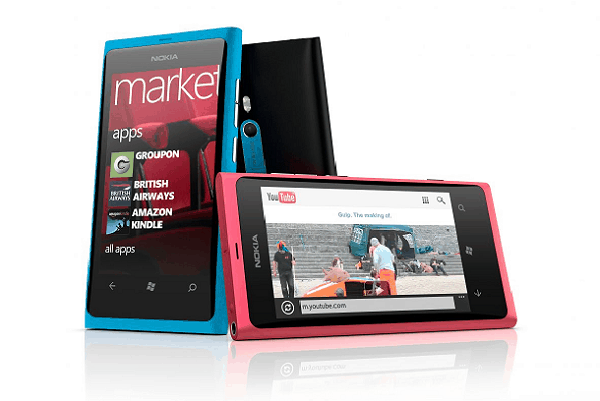 Finnish mobile manufacturer, Nokia Inc., which has sustained major losses, has been left with no option but to lower Lumia phone costs of some of its earlier smartphone models running on software from Microsoft Windows Corp. Shareholders gave the newest Lumia phones of the company a quick thumbs-down, following which the news broke just a day later on Thursday, according to sources related to the industry.

Two separate sources confirmed that the corporation, which is at the moment trying to regain lost ground from its market competitors, brought down the cost of its mid-range Nokia Lumia 800 Windows Phone by a hefty margin of almost 15 percent only this week resulting in lower Lumia phone costs. Nokia also carried out a few minor cost cuts on some other Windows smartphone models.

Shares of Nokia Inc. continued to suffer a drop on Thursday after facing a major slump of 13 percent last Wednesday when the company introduced two brand new Windows Phones. This may turn out to be the last attempt by the brand to reclaim its share of the market lost to Samsung Electronics Corp., Apple Inc. and Google Inc.

Representatives of Nokia declined to comment on the matter while the company itself refused to unveil the price or even the release dates of the two new phone models. Smartphones with their eye-catching colour covers and their rounded edges retain a faint semblance of their predecessors. On Thursday, by 1320 GMT, shares of Nokia Inc. had fallen by more than 4.6 percent to a low of 1.9 euros.

Research firms have confirmed the lower Lumia phone costs and believe that they are essential to now maintain the momentum behind the present Nokia 900 and 800 devices, at a time when new items are expected to be launched using the updated version of the Windows software, Windows Phone 8.

Position in the Market

The company has not yet officially revealed the cuts in price of earlier smartphones but claimed that such measures were a regular part of its business strategy.

Lower Lumia phone costs are likely to spell trouble for the bottom line phones of the company, especially in the months of September and October since analysts think that the new models will be making their contribution felt to the results only in the coming months. They said that the new phones would be making their way to the market earliest by November along with the new feature-rich 920 phone. It is expected to sell for a cost equivalent to the new Apple iPhone.

The models have to meet with sufficient amount of success for Nokia Inc. as the company has racked up a total of over 3 billion euros in operating losses alone for the previous 18 month period, which resulted in over 10,000 jobs being cut and the pursuit of asset sales. It is projected to lose a further 700 million euros in the third quarter of the year as it has managed to sell only 3.6 million Windows Phones, which is a lot less compared to the last quarter.