U.S Doubles up its Solar Energy Installation in 2016

The fear of running out of fuel is a constant fear instilled in almost all human beings residing on this planet. The demand for fuel is on the rise whereas the creation of this fuel takes millions of years. It is practically not feasible to wait for millions of years for the attainment of fuel. This motivated man to come up with alternative sources of energy which are environment as well as pocket-friendly. Despite this, there are certain technologies which run only on a given type of fuel. This is where the real problem of shortage of fuel arises. Researchers have come up with a way to solve this problem as well by converting grass into biofuel on a speedy basis.

At the Ghent University’s Centre for Microbial Ecology, the researchers have developed a process which can turn grass into biofuel. One might ask that it is normal to convert botanical waste into biofuel through the method of dumping compost or any other such process. Then what is so revolutionary about this process that the researchers founded? Firstly, the grass is something which is available in a comparatively easy manner. Even though it’s almost omnipresent in places which favor plant growth, hardly people try to put it to good use except feeding their cattle. For its conversion, the researchers break down the grass quickly by pre-treating it. This step itself saves a number of years spent in biodegradation. 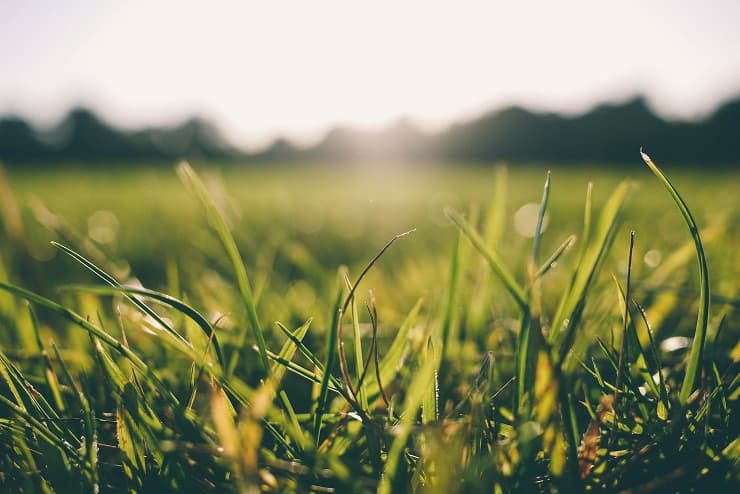 Researchers at the Ghent University are converting grass into biofuel.

The shortcut of converting grass into biofuel

Malaysian scientist Way Cern Khor has investigated various methods to break down and also convert grass into substances which are capable of fueling cars and airplanes for his Ph.D. research. He believes that grass proves to be an attractive source of raw material to produce energy due to its vast abundance. Under his guidance, the UGent team treated grass in order to increase its biodegradability quotient. This was followed by using enriched bacteria to convert the sugars present in the grass into lactic acid and its derivatives. Lactic acid is essential as it functions as an intermediate chemical which helps in producing other compounds like biofuel or biodegradable plastics. Especially, in this case, lactic acid is further converted into caproic acid which is later transformed into products like decane.

Decane serves to be useful as fuel for motorized vehicles such as airplanes and cars. Researchers came up with alternative sources of energy for cars like running on electricity and compressed natural gas (CNG). Airplanes don’t have the ability to run on eco-friendly products. The conversion of grass into biofuel might be a major breakthrough especially in the case of an aerial commute. Khor says that this is not it, there are major challenges in front of the researchers. Currently, the production of biofuel by treating grass in the laboratory is only a few drops. Therefore to provide enough fuel for flights, the researchers will keep working to optimize this process. This will take place with the support of industrial partners and the end product’s efficiency will increase. The UGent team is hopeful that within a span of few years, humans will be able to fly on grass.