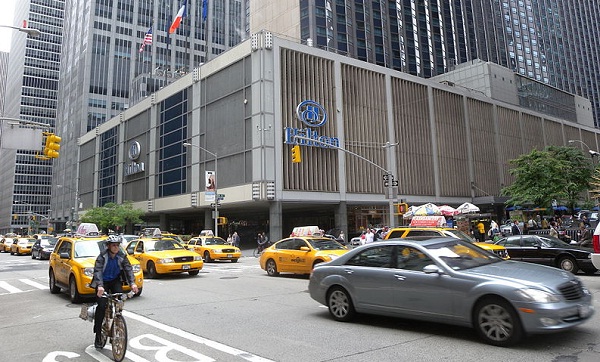 The New York Hilton to shut down its room service

Don’t imagine yourself  lying in bed and having breakfast at the New York Hilton as room service will not be available starting from the summer 2013. It is a revolutionary move for the New York City’s largest hotel, yet the economy is stronger than the habits of faithful customers who will have to walk around themselves with a taste.

As Christopher Nassetta, chief executive officer at Hilton Worldwide Inc., believes that everything indicates that room service is an anachronism as it is not profitable any more, we should not be surprised that the company has decided to shut down its room service at the New York Hilton, which happens to be the city’s biggest hotel with approximately 2000 rooms.  If you want to have breakfast in bed at the New York Hilton, you have to rush as room service is to be closed in August, so there are still few months left.

The decision to terminate room service is aimed at reducing growing labor costs, which are inevitable when it comes to this kind of the royal treatment. However, guests at the New York Hilton will not be left without any choice as they will be able to use a simple cafeteria, yet this will not have the magic of room service at all.

Interestingly, the launch of the new cafeteria was announced back in October 2012, but who predicted that this would mean the shutdown of legendary room service at the New York Hilton on famous Sixth Avenue?

Is this the end of room service era?

It may come as no surprise that analysts underline that the shutdown of room service at the New York Hilton might be the beginning of  a new trend. As room service has become not profitable at all, more and more hotels are considering going the same way of eliminating the boat anchor. This would mean the end of room service and the beginning of new era in the hotel industry. It seems that legendary room service is simply looking at its slow death which will take place, however, in the distant future.

What is interesting is that Hilton Worldwide Inc. has underlined that it does not plan to shut down room service at all of its hotels.  But we should come to grips with the fact that room service is simply unprofitable for many hotels, thus labor unions will have their hands full while they will be facing the next shutdowns.

But the fact is that Hilton Worldwide Inc. is not the progenitor of the shutdown initiative as much earlier well-known Grand Hyatt in New York decided to trim down its room-service hours as the company faced some difficulties revolving around room service in general.

Yet as room service gives guests the feeling of luxury, some hotels will continue with their lavish room-service treatment.

Anna Domanska
Anna Domanska is an Industry Leaders Magazine author possessing wide-range of knowledge for Business News. She is an avid reader and writer of Business and CEO Magazines and a rigorous follower of Business Leaders.
« EEF CEO Scuoler urges UK government to spend on innovations
UK construction rises like a phoenix from the ashes in May »
Leave a Comment
Close