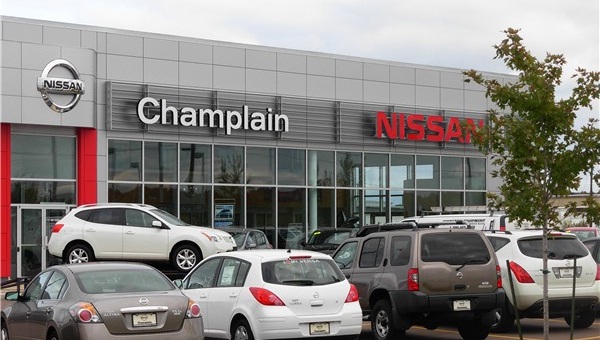 Nissan Motor Co. surprised with it net profit growth of staggering 46.1 percent for the fourth quarter. But the fact is that the Japan’s carmaker did not show off its annual profit which was simply plane, compared to its home rivals. Certainly, the weakening yen significantly helped Nissan Motor Co. and other Japan’s companies enjoy stronger performance.

On the 10th of May, Nissan Motor Co. issued its full-year a fourth-quarter figures. According to the figures, Nissan Motor Co., which is the Japan’s second biggest carmaker, recorded net profit of slightly over ¥110 billion (or nearly $1.1 billion) for the last quarter ended March, compared to ¥75 billion seen a year earlier. Fourth-quarter net profit of Nissan Motor Co. topped significantly analysts’ estimates ranging from ¥93.8 billion to ¥100.8 billion. The company saw its operating profit climb dramatically 48 percent to roughly ¥174.4 billion, while its revenue surged to nearly ¥2.87 trillion from about ¥2.71 trillion.

As for net income for the full year ended March, the Japan’s carmaker informed that it surged slightly by modest 0.3 percent to nearly ¥342.5 billion ($3.4 billion). Certainly, the full-year results are disappointing when compared to Toyota Motor Corp. which saw its net profit astonishingly triple the last fiscal year.

Without a doubt, Nissan Motor Co. suffered significantly from the territorial dispute over the Senkaku islands which led to the foreboding Chinese boycott of Japanese products. The fact is that all Japanese manufacturers were indeed affected by this almost schizophrenic situation, including Japan’s carmakers. However, it was Nissan Motor Co. which suffered the biggest pain as the company holds a dominant position in the China’s market while its rivals from Japan have substantially smaller market shares in the Asian dragon’s market.

While Nissan Motor Co. was much affected by the ongoing political crisis regarding the Senkaku islands, the company might be satisfied with its earnings from North America as they jumped staggering 80 percent to around ¥60.2 billion. The improved performance of the company in North America was mainly driven by the launch of face-lifted models, just to mention Altima sedans and Sentra compact sedans.

According to the figures released by Nissan Motor Co., the carmaker saw its sales slump in Japan in the last fiscal year ended March as the government subsidies for purchases of fuel-efficient vehicles terminated, yet the company expects the situation improve in the ongoing year.

The company has noted that the ongoing year should be better due to the weakening yen which attracts more buyers. According to the company’s newest projections, net income should jump approximately 23 percent in the fiscal year ending March 2014. Interestingly, the estimates of Nissan Motor Co. also show that the carmaker expects to see its revenue surge around 7.7 percent to nearly ¥10.4 trillion.

Moreover, the company is convinced that the situation in China will improve significantly, estimating that sales in the world’s second economy will climb to approximately 1.25 million cars from roughly 1.18 million vehicles sold the previous year. Also worldwide sales are also expected to jump to 5.3 million vehicles in the ongoing fiscal year ending March 2014, compared to 4.9 million sold the previous year, adding to signals that there is the rising sun over Nissan.