Nintendo Wii U to hit stores on November 18 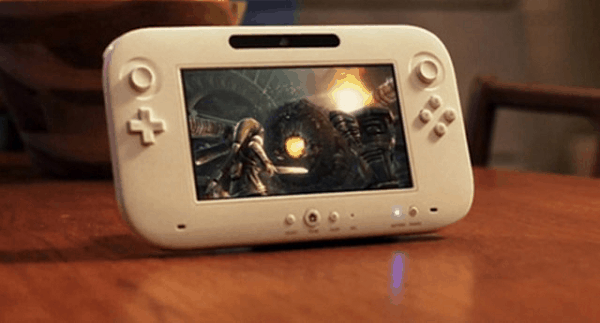 Nintendo Co.’s Wii U is to be released on the 18th of November. The Wii U launch gives Nintendo Co. a show as the company tries to bounce back from its annual loss. The Wii U is expected to be a hit during the 2012 holiday shopping season.

Launch of Wii U

The release of the Wii U has been awaited by Nintendo Co.’s fans. The company decided to launch its new toy during the holiday shopping season as it hopes that the sale of the Wii U will be an assured hit. The Nintendo Co.’s new game console will cost from approximately $300 for the 8GB Basic Set to $350 for the 32GB Deluxe Set.

And everything indicates that the new Wii U is certainly to be a hit during the 2012 holiday shopping season. According to data, most online and in-stores pre-order options are either closed up or not in-stock. But many fans are desperate enough to take a chance and camp outside stores on the 18th of November or buy from the third party seller on eBay, etc. But the shortages are something normal during the holiday shopping season. And customers should have been ready for that.

Michael Pachter, an analyst with Wedbush Securities Inc., is convinced that the Nintendo Co.’s Wii U might sell out during the first six months of the game console’s launch. According to him, demand after these six months might be roughly 10 million units per year. Data showed that sales of the predecessor of the Wii U reached approximately 5.8 million units in the four months after the 2006 launch, and as many as 18.6 million units in the 12 months ended March 2008.

Certainly the top executives of Nintendo Co. including its president Satoru Iwata have been feeling pressure to repeat the big success of the Wii console as the 3DS handheld player turned out not to be as successful as the company had originally assumed. Sales of the 3DS handheld player forced Nintendo Co. to slash its profit goal by as much as 70 percent in October. In addition, Nintendo Co. as well as its arch rivals including Microsoft Corp. and Sony Corp. must face growing competition in the gaming market as consumers tend to choose mobile devices such as smartphones and tablets to play free games like Rovio Entertainment’s “Bad Piggies.”

Piers Harding-Rolls, head of games research at HIS Screen Digest, noted: “If the Wii U fails to return Nintendo back to strong profitability, there is likely to be questions asked of the strategic direction of the company and the execution of that strategy.” Many other analysts have underlined the fact that Nintendo Co. must sell the new Wii U as planned, or else the company will face the possibility of becoming unprofitable. The iPhone and the iPad have been becoming serious competition to game consoles and companies need to know how to operate in the new challenging situation.

According to the company’s release, Nintendo Co.’s net income is predicted to total approximately 6 billion yen for the year ending on the 31st of March, compared with the former forecast of roughly 20 billion yen. Therefore the new Wii U might be a key to the Nintendo Co.’s future.