The Nintendo 3DS system will be accompanied by a 2GB SD Memory Card, stylus, AC adapter and a charging cradle. The 3DS will also have preloaded software like the Nintendo 3DS Sound, 3DS Camera, Face Raiders, Activity loggers and plenty of other features. For other software users can download the system updates and purchases from the 3DS itself. The 3DS has three cameras combined with a motion sensor that create a user adjustable 3-D effect. 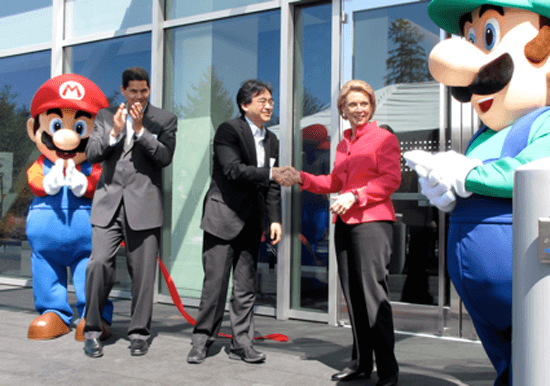 So Nintendo has issued an advisory on the product that children younger than age 6 might experience eye problems when playing the 3DS. The autostereoscopy technology allows each eye to see a slightly different image, creating a sense of depth and the 3-D effect without the need for 3D Glasses.

During the Launch Window of the company lasting from the release date until the end of June, the company has promised over 30 games like Super Street Fighter IV 3D Edition, The Sims 3, Ravman 3D with Pilotwings Resort, Nintendogs + cats..etc. 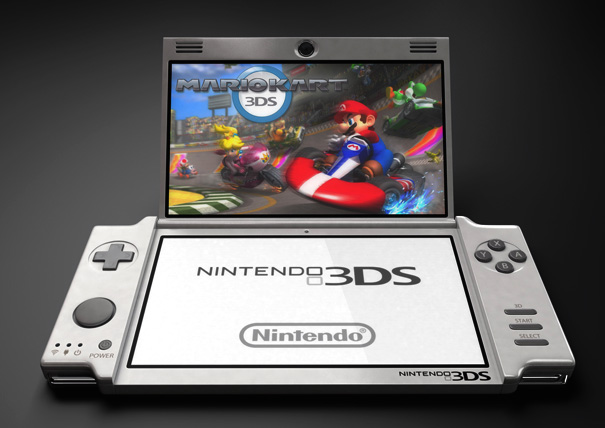 The 3DS is a bid by Nintendo to outspace rivals like Sony Corp, Apple Inc., and Microsoft. In response to the critics on the declining sales of the company, Nintendo of America President, Reggie Fils-Aime, 49 told Reuters that it was Nintendo’s rivals who should be threatened by the company. “Some so-called experts don’t understand how the maturation cycle works in this industry and the fact is no one can sell 10 million units of any system year after year. Our competitors continue to be at a place of having to react to what we’ve done and not the other way around. We are convinced that the Nintendo 3DS is the next entertainment breakthrough. We think it’s going to set us apart ” he said.

Satoru Iwata, the CEO of Nintendo and the company’s 4th President told the Media, “There will be not only our own software, but also third- party titles, which have the photo-realism that will satisfy Western gamers.” The company is very hopeful on the rocket start of the 3DS just like the Wii. Even the EA, Electronic Arts, is listed to be featured in the Games. Recent polls by analysts have suggested that there is a lot of eagerness and demand in the market for the 3DS when compared to other electronic gadgets.

The Competitors for the 3DS are already geared up to be launched by Sony Corp’s handheld PSP to be launched on Jan 27, iPhone and Android based gaming devices, not to forget Sony Ericsson’s gaming Smartphone is also creating a lot of Buzz.

Hoping to repeat the Wii sales, Nintendo is reportedly planning to ship 4 million 3DS units in its first month to prevent shortages.

The Company is already expecting its lowest annual profit this March, and is pinning its hopes on the 3DS  to lift its operating profit by $1.8 billion or more a year given the gadget  appeal to professional gamers and casual users alike.

UBS Securities, Japan estimates a profit of 190 billion yen this year for Nintendo.