With an estimated population of over 198 million, oil-rich Nigeria has carbon emissions soaring and put a strain on power supplies to a breaking point. To meet its current electricity output to guarantee supply for its booming population, Nigeria is turning to renewable energy.

The shift to renewables would strengthen the grid infrastructure to support its strong push towards rural electrification in the country. Ready access to electricity could help pull thousands out of poverty by providing steady incomes, healthcare benefits, and skill-building opportunities. 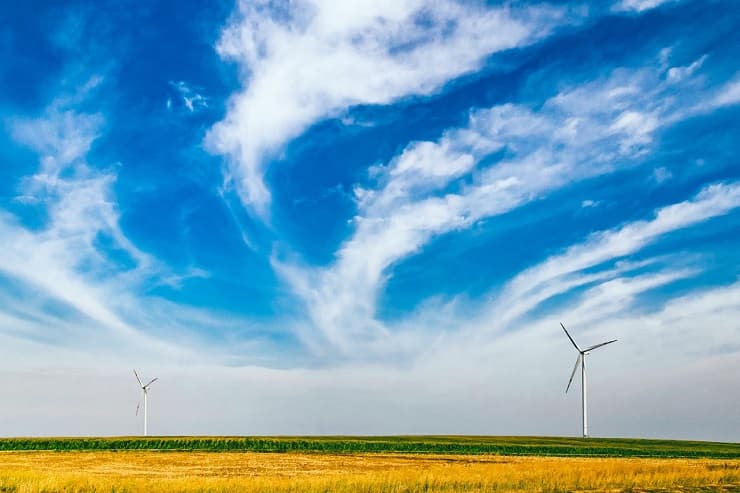 In the past twelve months alone, the oil-rich country has invested over $20 billion in solar power projects.

According to the Organization of the Petroleum Exporting Countries (OPEC), oil and gas production accounts for around 35% of Nigeria’s gross domestic product and about 90% of total exports revenue.

In the past twelve months alone, the oil-rich country has invested over $20 billion in solar power projects. This would help boost the capacity of the national grid and reduce reliance on it by building mini-grids for the rural population without access to electricity.

Why Nigeria Should Deepen Renewables Investment

In Nigeria, only one in four has access to the national grid. Epileptic power outages are common now due to urbanization and rapid population growth. In January, Nigeria suffered six epileptic power outages in just eight days as the grid repeatedly collapsed, leaving most of the country in the dark. The outages will only continue to grow as its population is projected to increase from 198 to 411 million by 2050, and more and more people move to the cities.

The government of Nigeria is now investing in hydropower, with several projects close to completion. One of the largest built, is the Mambilla Power Station in central Nigeria, a $5.79 billion project due to completion in 2024. The four-dam hydro plant is funded by the Federal Government and a consortium of three Chinese firms.

Given the typical hot conditions, most focus is now on solar energy. In December 2017, the World Bank provided a $350 million loan to Nigeria for the development of rural electricity projects in the country. The government said it would build 10,000 solar-powered mini-grids by 2023 to bring power to the 80 million who have no access to electricity.

Another one of these projects, Sabon Gari, will generate between 1-4 MW of solar energy for 12,000 small and medium-sized enterprises in Nigeria’s second-largest city. Kano, by the end of this year.

Anna Domanska
Anna Domanska is an Industry Leaders Magazine author possessing wide-range of knowledge for Business News. She is an avid reader and writer of Business and CEO Magazines and a rigorous follower of Business Leaders.
« 5 Takeaways from Tesla’s First Quarter Earnings 2018
U.S. Resumes Drive for Offshore Wind Turbines »
Leave a Comment
Close