Nickel and aluminum found themselves in high-demand due to Moscow’s invasion.

Nickel prices went through the roof as the US piled sanctions on Russia, as Moscow continued its Ukraine invasion. On Monday, the London Metal Exchange saw nickel trading at over 90% with prices going above $55,000 a metric ton. 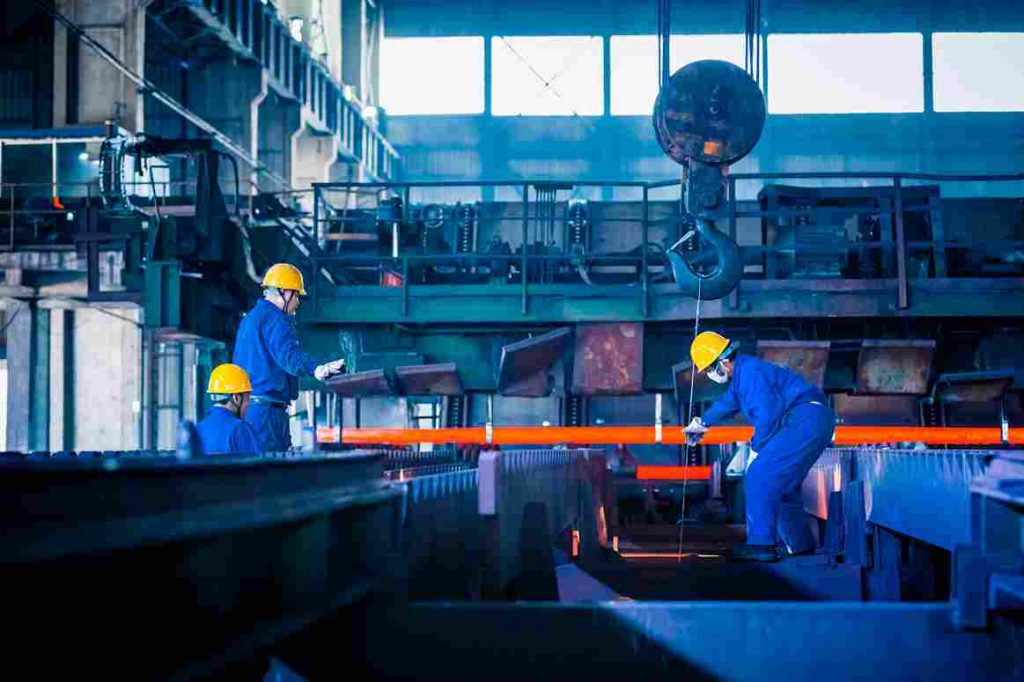 Russia is one of the main suppliers of nickel which is used for stainless steel and electric vehicle batteries. Apart from China, the county is also the world’s biggest producer of aluminum, a metal that is widely used in transport, construction, and packaging industries.

The deluge of sanctions by Western countries could create a serious bottleneck, as everything from raw material supply to banking services have been affected by the recent invasion.

Nickel prices, alongside prices for fossil fuels, and food items, have continued to rise as the US and its Western allies adopt a tough stance. According to the US Geological Survey, Russia is the world’s third largest nickel producer behind Indonesia and Philippines. In 2020, Russia’s Norilsk Nickel, also called Nornickel, was responsible for producing roughly 178,200 metric tons of nickel.

Traders believe that low inventories of aluminum and nickel in LME-registered warehouses have affected trades. LME-nickel prices have been down since last year due to low demand.

The invasion had a domino effect raising fears of shortages, and pushed up nickel prices.

The metal is mainly used to make coins. It is also used in steel, and in gas turbines and rocket engines, as it can withstand corrosion even at high temperatures. However, it is not something that is a part of essential commodities.

The nickel traded on the London Metal Exchange is the Class-1 nickel which must be 99.8% pure for usage. But most of the world uses Class-2 nickel that can be cheaply converted to stainless steel.

The nickel produced by Russia is mainly Class-1 and is coveted by traders as it is useful for making nickel sulfate, a chemical that is necessary for making electric batteries. As the world explores sustainable solutions, and sees an increase in electric vehicles, nickel could turn out to be a valuable metal.

Aluminum, too, has been climbing the charts as concerns over supplies give these metals a boost.

The sanctions against Moscow have worried traders who fear raw material flows will be disrupted by the war. In a note, ANZ mentioned that, “Aluminum and nickel once again led the base metals sector higher as the market braces for disruptions to Russian supply. Maersk, which handles shipments for Russian aluminum giant United Co Rusal has suspended operations in Russia.

Furthermore, as the United States and European Nations apply sanctions to Russian oligarchs and their businesses, supply chains across the world can disrupt businesses. In the meantime, aluminum stocks in LME-registered warehouses have more than halved in comparison to last year. Traders tend to keep an eye on inventories as they can predict how the wider market can get.

Both aluminum and nickel are in the eye of the storm as Russia is one of the main producers. The war has also forced some companies based in Russia to reconsider their strategies as Russian hydropower group EN+ recently announced that it is evaluating options for aluminum giant Rusal. The company might decide to split its assets as sanctions on Russia can damage its growth and profits.

As one trader mentioned, currently, anything associated with Russia is considered toxic. Even without sanctions, many companies have stopped buying or temporarily halted their operations with Russia.