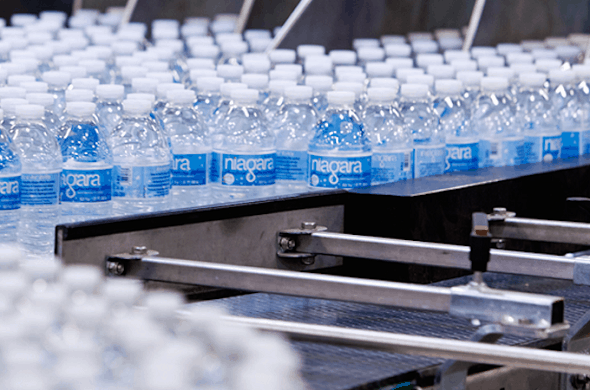 Niagara Bottling said that the recall is purely out of the segment of caution, and no signs of its bottled products have been contaminated with the bacteria, nor even reports of consumers falling sick.

The family-owned brand said that the operator at Spring Water, which supplies two of its plants, had failed to present an evidence of E. coli at the source. The brand then halted its production, disinfected bottle lines and recalled its several brands by issuing a voluntary recall.

Niagara has presented instructions to consumers on website, on how to properly read the date marked on the water bottle to decide; whether purchased water should be returned or not.

According to the Centers for Disease Control and Prevention, there are various types of E. coli bacteria in which some of them may not harm people and are commonly found in human intestine. But, some types can cause diseases, which can be dangerous, if ingested by human. Likewise, public water bottlers and water works are typically filter, and disinfect water purity to rid of debris and contaminants, including bacteria.

Niagara said that in order to ensure water purity and safety, it has examined spring source water and its finished products, routinely, and stated that it has not detected any E. coli contamination in its bottled water products.

Anna Domanska
Anna Domanska is an Industry Leaders Magazine author possessing wide-range of knowledge for Business News. She is an avid reader and writer of Business and CEO Magazines and a rigorous follower of Business Leaders.
« Apple to replace defective 3TB HD in older iMacs
FTC Rejects Merge between Sysco and US Foods »
Leave a Comment
Close