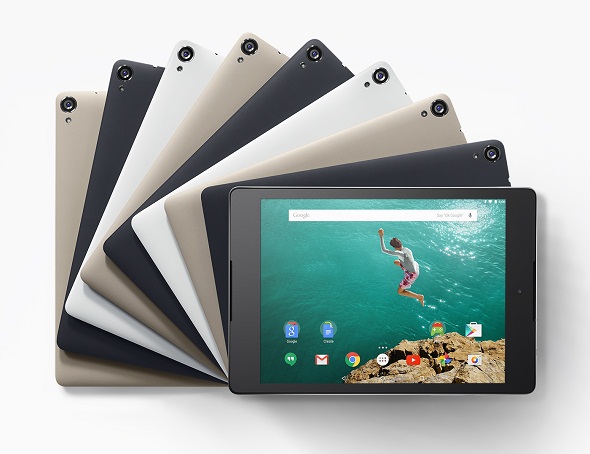 T-Mobile also rolled out a new low-cost unlimited everything business and family plans this week.

T-Mobile announced that Google’s latest Nexus tablet, the Nexus 9 will begin being sold through them. While Google is still selling Wi-Fi only models from the Google Play Store, T-Mobile’s Google Nexus 9 will be LTE enabled, marking the first time that customers will be able to buy an LTE model of the Nexus 9.

The LTE Google Nexus 9, manufactured by HTC might eventually be coming to other carriers, but T-Mobile is the only place to buy one at this time. This version of the Nexus 9 is similar to the WiFi version with the addition of LTE support. The device features an 8.9 inch display, 2GB of RAM, front-facing stereo speakers as well as two cameras and an impressive processor. It runs on the Android 5.0 Lollipop, and a 64-bit NVIDIA Tegra K1 processor that is known for its high-level performance, even with games and general function.

The HTC Nexus 9 tablet will be available through T-Mobile for $599.76 outright or can be financed for $24.99 per month for 24 months. T-Mobile also allows customers add the Nexus 9 to their account for $10 per month that matches their Simple Choice data plan. This will get them up to 5GB of data specifically for the tablet depending on the current data plan. Additionally T-Mobile also has their “Free Data for Life” deal that lets T-Mobile users 200 MB of free tablet data a month with no strings attached, anything beyond that will be charged. And those who are not T-Mobile customers and just want to purchase blocks of data, prices begin from $20 to $70 per month with data allowances from 1GB to 11GB per month.

Besides that, T-Mobile also rolled out a new low-cost unlimited everything business and family plans this week. Customers can sign up for two business lines with unlimited 4G LTE data, voice calls, and text for just $100. Extra employees are $40 for the same level of coverage, up to as many lines as people need for their business.

For those users who do not need unlimited data, T-Mobile has announced a new small business plan. Businesses can sign up for four lines for $100 with 2.5GB of data per line and these plan options are now available for a limited time. T-Mobile states that there is no cessation date of the plan once customers sign up.