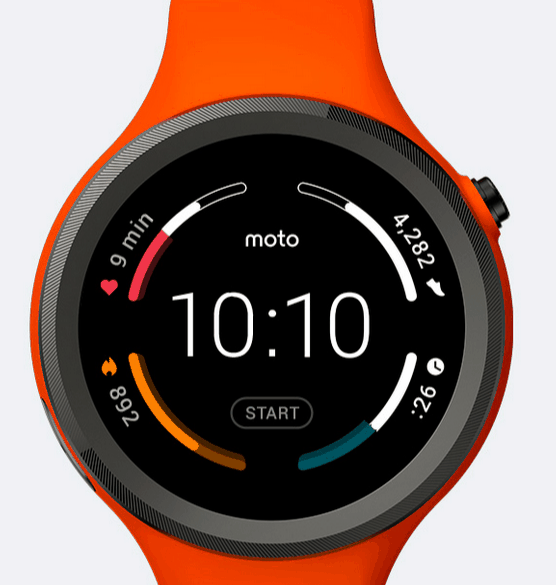 Motorola introduced a follow up to last year’s Moto 360 by unveiling the next generation of its round Moto 360 smartwatch line on Wednesday. The company’s new Moto 360 smartwatch collection includes three different smartwatches: A men’s watch in two sizes (46mm and 42mm), a sport model with GPS called Moto 360 Sport and a women’s collection available just in the 42mm size.

The Moto 360 still features a round display similar to its predecessor. The company offers customization support via Motorola’s Moto Maker design studio. Users can customize their Moto 360 according to their specifications, multiple case sizes, finishes, bezels, and bands by using Moto Maker service, the company blog post says.

Pre-orders begin today for the second-generation Moto 360 with prices ranging from $299.99 to $429.99 depending on the model. It will be available in various countries across North America, Latin America, Europe and Asia. However, android wear fans will have to wait for the new sport model. The standard 360 will hit stores beginning late September at Nordstrom, BestBuy, and Verizon, Motorola said.

The Moto 360 was announced in Berlin at the IFA electronics conference after a series of detailed leaks that disclosed the 360’s specs and launch plan.

The Moto 360 (2nd gen) is an android Wear device that will work with all android phones and also with iPhones. It also has a Live Dials feature making it easier for users to open the apps they use the most with shortcuts on the watch face.

Anna Domanska
Anna Domanska is an Industry Leaders Magazine author possessing wide-range of knowledge for Business News. She is an avid reader and writer of Business and CEO Magazines and a rigorous follower of Business Leaders.
« Google Will Soon Downgrade Mobile Sites With Huge App Install Ads
Airlines and Agents, The Tremendous Act of Role Reversal »
Leave a Comment
Close