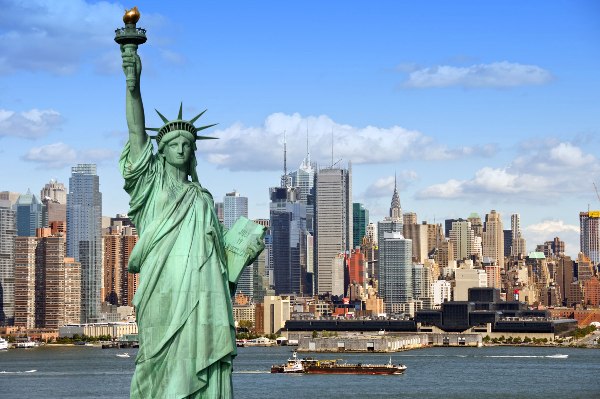 ”If you can make it here you can make it anywhere!” When it comes to retail business latest news on best shopping places in the world might lead us to the conclusion that doing that kind of business and succeed at it might be a piece of cake in New York! So if you will have any opportunity in near future of starting retail business in the shopping paradise, next lines could help you making the decision that you should go for it! When it comes to New York almost no words are necessary to describe the popularity of the most famous city in the world, concrete jungle everybody wants to be a part of, place the most famous for movie scenes, home to any kind of business on the globe,…Have to stop enumerate cause the news might turn into a book, but when it comes to shopping; the city just got another winning crown.

New York as an absolute winner!

From all of the other things that The City is famous for, you maybe didn’t have an idea that is actually better business destination when it comes to retail business. Why? Because latest research CNN did shows that global shopping experts pointed it out as the most famous and best shopping place ever, city that makes everyone losing their mind while doing shopping. According to them it provides buyers with enjoyable shopping experience while satisfying their shopping needs in every possible way.

“You can find pieces from every possible era spanning the entire last century of fashion history, and from a wide range of design houses including the likes of Galanos, Dior, Givenchy, Ungaro, Pierre Cardin, Ossie Clark, and more,” says New York-based fashion editor and stylist Stella Lee.

It is a kind of a surprise as well that according to the research that New York is a greater dream among many shopping gurus than many other famous cities. It seems to have much more to offer than Dubai for example, which was built as an artificial kingdom with one of the main goals of becoming a shopping Mecca of nowadays. So it turned out that even the things like Dubai Mall which is the world’s largest mall in total area, with a waterfall “dancing” fountain, even souks like malls within the mall in a combination with another huge “Mall city” in Dubai; the Mall of the Emirates, all together wasn’t enough to beat the things New York as a shopping city number one has to offer. Even Milan which many fashion victims, together with fashion entrepreneurs consider as the world’s most important fashion district was left behind shopping paradise called New York.

Categories which were used for comparing one shopping city to another were possibilities of getting around; quality of public transportation, availability of cabs or transport time, followed by values; like sale seasons or average prices, than variety as category and at the end experience shoppers get. Last category included many things like beauty of each city, quality of window displays friendliness of service staff…all the way to accommodation options. After judging cities each city got points from one to ten for each category and that story ended like New York becoming shopping city number one while leaving many others behind.

The city that was the closest to the winner was Tokyo, followed by London and others like; Kuala Lumpur, Paris Hong Kong, Buenos Aires, Vienna, Dubai, Madrid, Milan and last one on scale Seoul. When you sum all the facts mentioned New York is new better retail business destination. But at the end it’s New York, it has always been better, all kinds of business, destination.