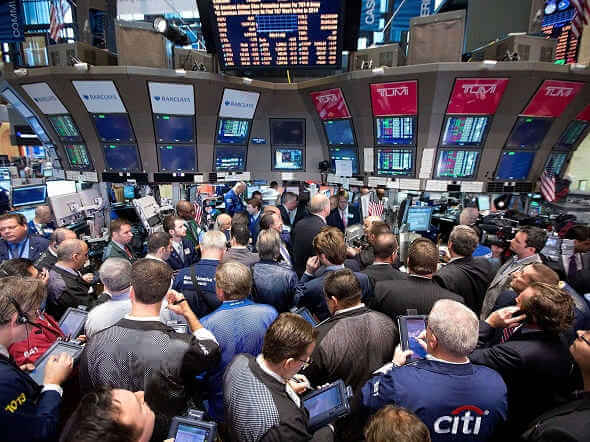 The share market is the center for millions of investors and businesses that glue their eyes over it day-and-night. The stock markets have a bigger impact and have the ability to shake the economy; may it be for scaling greater amount of profits, or the reason behind declining economy.

Director of floor operations at the NYSE, Art Cashin revealed that the New York Stock Exchange has halted its all trades, as it faced a technical fault with connectivity for a shorter period of time. The sources said that the shutdown has prompted the fear of a cyber breach, and is linked with United Airlines flights that have grounded this morning. Soon, the department of Homeland Security issued a statement that there were no indication that the outrage was linked or that a cyber breach was behind the current scenario.

The top-line details outlined by the company stated that this is not the outcome of a cyber attack. It halted all trade exchange before noon local time (around 11:32 am ET). All the open orders listed on trading index will be aborted. The incident occurs after United Airlines experienced a disruption to its computer system, yet there was no sign that the two events were linked with each other.

But, so far the details on these current affairs have linked to rather mundane causes. The NYSE has been down for around 45 minutes at this point. Meanwhile, the NYSE’s rival NASDAQ continues to operate smoothly, and is listing NYSE’s stock listed companies.

Technical faults are not inconceivable in the US stock exchanging. In August 2013, electronic NASDAQ trade declined. Also, broadly there have been other trading bugs, like, in May, 2010 flash crash incident. A year ago, a technical glitch stopped commodities and goods trading the CME. Indeed, even the most liquid and profoundly traded market on the planet – the US Treasurys business sector, persevered through something of a trading glitch last October.

In any case, such trading blackouts have done much in recent years to dissolve trust in the US stock markets, particularly from retail financial investors. Today’s unplanned halt of NYSE’s trading is fairly reminiscent of popular flash crash event. It came in the midst of jittery exchanging brought on by the then beginning Greek debt crises.

Anna Domanska
Anna Domanska is an Industry Leaders Magazine author possessing wide-range of knowledge for Business News. She is an avid reader and writer of Business and CEO Magazines and a rigorous follower of Business Leaders.
« White House to Plot 300 MW Solar Plants for Poor Families By 2020
Carmakers reportedly seek to limit data shared with tech partners like Apple and Google »
Leave a Comment
Close