What Future-proofing Your Business Means in 2022

New York, the city that never sleeps, has been forced to shut down by a pandemic that is spreading like wildfire in the city. The unprecedented lockdown of the metropolis, unheard of even in wartime situations, has led to the city economy that was full speed ahead just two months ago going into freeze.

“Even during previous recessions,” noted Ellen Zentner, chief U.S. economist at Morgan Stanley, “no one’s been told you can’t go outside or you can’t gather.” The pandemic is throttling the city’s work, commerce, travel, and businesses.

The country’s largest metropolis has a population of 8.4 million and an annual budget of $95 billion. The city gives employment to 4.7 million people and has a municipal labor force of 327,000 and over 300,000 pensioners. It has $91.6 billion in outstanding debt. Unemployment rates in the city that has had its small businesses grind to a halt, could hit 10 percent. Treasury Secretary Steven Mnuchin said it could race even 20 percent without any kind of state intervention.

Already, the unemployment benefits claims have hit an all-time high at nearly 6.5 million people applying. Job losses could total 750,000, or about 15% of the city’s payroll employment, according to James Parrott, the director of economic and fiscal policy at the Center for New York City Affairs at the New School. He says the biggest losses will be in restaurants (225,000), transportation (120,000, taxi drivers, and airport workers—and culture and recreation (85,000). Other hard-hit sectors include retail and hotels. The tourism sector, which makes a big chunk of the New York economy, has gone awry. Last year, New York attracted a record 67 million tourists, who pumped $45 billion into its economy. 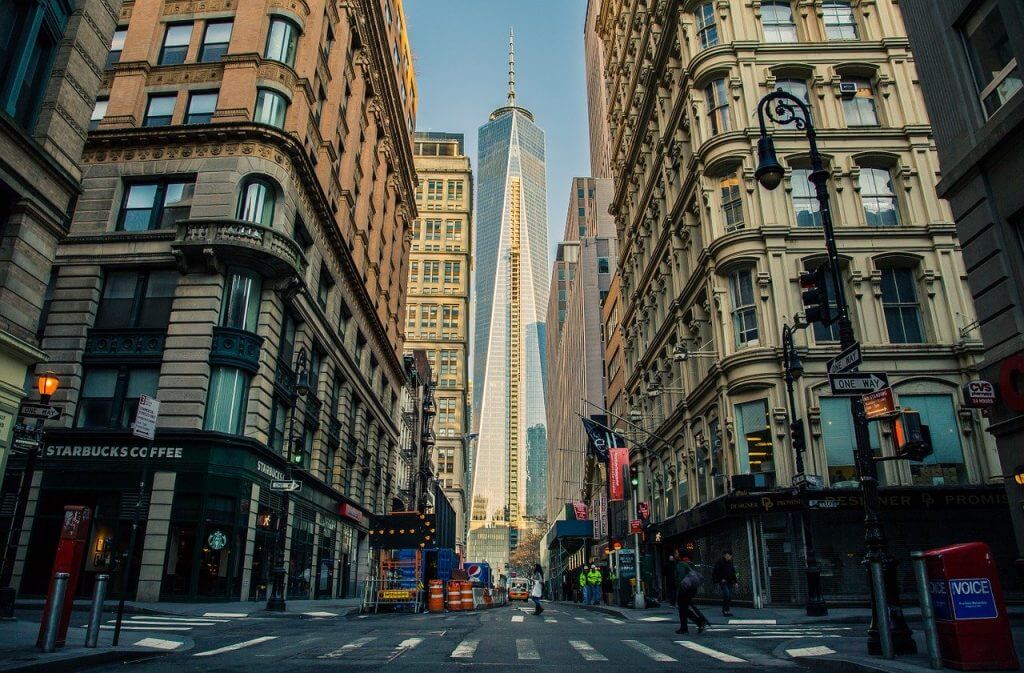 The unprecedented lockdown of the metropolis, unheard of even in wartime situations, has led to the city economy that was full speed ahead just two months ago going into freeze.

Some analysts feel that the city came into the crisis with a strong economy and can weather the pandemic better than others. Almost all credit rating agencies like Moody’s, Fitch, and Standard & Poor’s have a double-A rating for the city. New York City has always been cyclical, with a high concentration of employment in financial services,” notes David Hammer, head of municipal bond portfolio management at Pimco. “There could be some modest ratings pressures, but it remains a high-quality investment-grade municipal credit, due to budget flexibility, financial reserves, and significant support from the federal government.”

What worries insiders is the other municipal services and the debts associated with them. The Metropolitan Transportation Authority has taken a huge hit with ridership down by almost 90 percent. The agency has $45 billion of debt outstanding. It is expected to receive $4 billion of federal aid as part of a recent stimulus. In a recent interview, the MTA’s director, Pat Foye, said that the agency is working on a “survival financing plan.”

New York’s tax revenue could fall to $1.5 billion in the current fiscal year and $4.6 billion in the next year, said the City Comptroller Scott Stringer.

“The recovery will depend on how ravaged small businesses are by weeks or months of mandatory closures,” Parrott says. “In the absence of regular, automatically triggered stimulus measures, a significant portion of current job losses will likely continue into 2021, since we’ll still be in a recession when the public health crisis winds down.”

The real estate business in the city is set to see a downturn too. Most offices are now operating on work from home basis. This throws up the fact that investing in highly expensive real estate is an unnecessary expense, maybe. Most big corporates will not be in a hurry to extend their presence in the Big Apple, as of now. Over the long term, how the city responds to the health crisis and how quickly the consumer confidence returns will determine the economic damage to the city.