New York to cap Uber and Lyft. Will other cities follow suit? 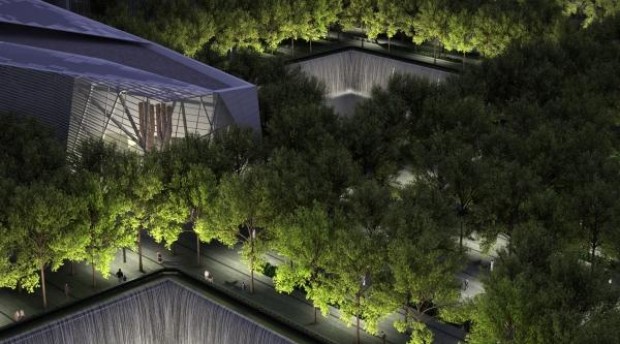 Symbolizing hope and renewal at every level of detail, the memorial that will be inaugurated at Ground Zero on September 11th 2011 is a physical translation of New Yorkers reflecting on and remembering the lives of those who were lost ten years ago.

With two enormous waterfalls and reflecting pools, each about an acre in size, set within the footprints of the original twin towers, the plaza surrounding the pools is positioned as being one of the most eco-friendly plazas ever constructed.

The precinct will also house a museum that has been designed as a sequential historical narrative of experiences which allow for individual and personal encounters.

The design of the 9/11 memorial, by architect Michael Arad and landscape architect Peter Walker, was selected from a world-wide competition, from 5200 competition entries received from 63 countries.

Part of the memorial precinct that will be unveiled this September, the 9/11 Museum honors the nearly 3,000 victims of the shocking attack that took place at this fateful site a decade ago, and celebrates all those who risked their lives to save others. The museum preserves and displays the physical remains of the site of the twin towers, houses important artifacts from the period of recovery and is the place that tells the stories of all those who experienced the events of the day

The museum has been designed in a way that the shell of the space, comprising existing foundations, the slurry wall and other in-situ elements of the site becomes as much an artifact of 9/11 as the contents of the exhibitions. 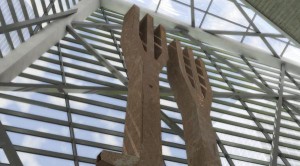 This then leads on to the core exhibitions at bedrock, the archeological heart of the World Trade Center site, which contains foundations of the original World Trade Center. The exhibits here comprise a detailed mix of temporary and permanent exhibition spaces that narrate the events of 9/11 through artifacts, oral histories and multi-media displays, in the physical context of the original column bases and concrete footings that supported the Twin Towers which will be exposed in the Museum’s floor slab.

The two man-made waterfalls on the site of the memorial, the largest man made waterfalls in North America, were described by architects Arad and Walker as “large voids, open and visible reminders of the absence” in their design proposal.

Demarcating the footprints of the Twin Towers, the two water pools have been constructed in the exact spot where the two towers once stood, and are surrounded by roughly textured aluminum on all sides lit in a manner that creates a dematerialized and ethereal surface.

Reinforcing the visitor’s sense of place on the site, this site will also feature bronze panels along the edge of the pools with the names of everyone who died on September 11, as well as during the terror attacks in 1993 inscribed on them.

The plaza surrounding the water pools, with its elaborately designed irrigation, stormwater and pest management systems towards conserving energy and water, has been described as one of the most eco-friendly plazas ever built.

The 400+ swamp white oak trees planted across the plaza, chosen because of their durability and leaf colour, are a physical reminder of life and rebirth, and are supported on a suspended paving system wherein the pavement sits atop troughs filled with nutrient rich soil for the tree roots. Irrigation for the trees will be provided for by harvested rainwater.

The plaza precinct itself becomes a green roof for the Memorial Museum and the train station located 70 feet underground.