New York City has sued Verizon for its failure to provide the promised service of fiber internet to almost all its residents. The contract was signed in 2008; to make available Fios broadband in every household of the city; approximately to 3.1 million residences. But, it has given this service to only 2.2 million households so far. According to the officials, Verizon did not complete some requested installations.

This lawsuit is filed in the Supreme Court of New York. It states that the carrier provider company has breached the agreement made in 2008. This lawsuit is filed after two years; with the New York officials notably pushing Verizon to provide its service without any litigation. 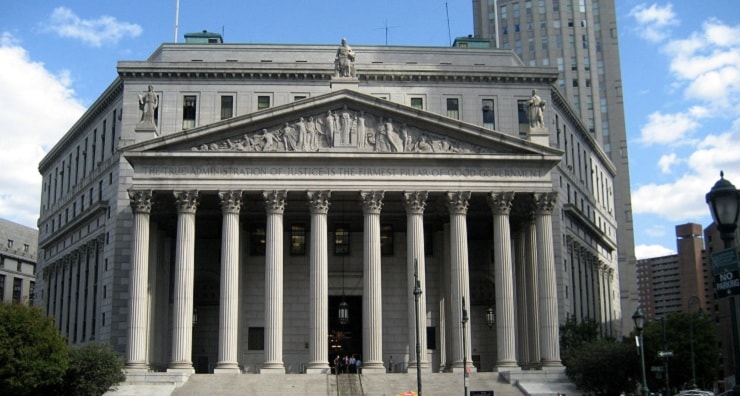 Additionally, in a statement released with the suit, Mayor Bill de Blasio has criticized Verizon by saying that; Verizon will face the consequences for breaching the trust of almost 8.5 million New Yorkers.

On the other hand, Verizon said that the Mayor has misinterpreted an agreement which was made under Michael Bloomberg; who was his predecessor. Verizon objects that the interpretation of the word ‘pass’ has not been done in a correct way. According to its claim, there was no firm definition of the word ‘pass’in its agreement, in 2008. The telecom company says that passing means running its network along the routes used for telephone lines; not that it has to reach every single residence in New York. It says that in this scenario, it has already fulfilled the contract made in 2008.

However, a statement made by the telco in the 2008 agreement, clearly pointed in the lawsuit; states that Verizon has agreed that its fiber network will run ‘past all the residence locations in the city.’ Seeing such contradictory statements by both the parties; it seems that the reality is different.

Furthermore, the lawsuit mentions that while there are approximately 36,000 requests for installations; at various locations that cannot get Fios easily; the actual number of households is probably higher.

Typically, New York officials have maintained their willingness to face down even the major tech companies for their failures. It is noteworthy that New York Attorney General, Eric Schneiderman had filed against the Charter Communications; saying that the internet speeds were almost 80 percent slower than what it has advertised.

The Mayor, Bill de Blasio has shown his readiness to continue this battle in the courts. He said that, no corporation, be it big or powerful; can break a promise made to the New Yorkers and also get away with it.

Christy Gren
Christy Gren is an Industry Specialist Reporter at Industry Leaders Magazine she enjoys writing about Unicorns, Silicon Valley, Startups, Business Leaders and Innovators. Her articles provide an insight about the Power Players in the field of Technology, Auto, Manufacturing, and F&B.
« NIO EVE Autonomous Electric Car to roam on the streets of U.S. by 2020
SolarisBank to Spread out its Branches in Asia with $28 Billion Funding »
Leave a Comment
Close