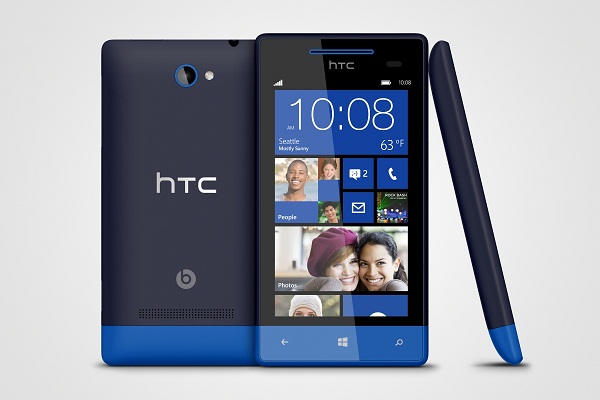 Two new smartphone models running Windows Phone 8 software from Microsoft Corp. were unveiled by HTC Corp. on Wednesday. The company confirmed that the new HTC Windows Phone smartphones would be made available for purchase in the market in the month of November via numerous wireless service providers throughout the globe.

Challenge to the Company

HTC Corp, like Nokia, faces similar pressure to come up with strong sales from its next batch of smartphones since it seems to have lost considerable ground to Apple Inc. and Samsung Electronics.

Market analysts believe that HTC Corp. will face quite a challenge to catch up, especially with Apple Inc. boasting preorders amounting to almost 2 million on its new iPhone 5, even before the device hits stores on the 21st of September. But HTC Corp., which owes most of its sales to phones operating on Google’s Android software for the past few years, is likely going to benefit from marketing help from Microsoft Corp.

HTC Corp. witnessed a 2 percent rise in its shares in early trading in Taipei prior to removing the profits being down 0.16 percent by 0216 GMT. There was a 0.42 percent fall in the broader market.

Several fund managers expressed concern over the ability of HTC Corp. to rack up more sales owing to the new HTC Windows Phone smartphones in the fourth quarter of the business year, in spite of their efficient designs and form factors, since the Microsoft operating system accounts for only a minor share of the market.

Market experts believe that HTC’s performance will probably end up being more than average this year even with the projected new Android models arriving soon, because phones manufactured by the company seem to be still lagging behind Samsung Electronics. The success of Nokia and HTC Windows Phone 8 devices during this holiday shopping phase will be very important for Microsoft which has fallen behind Google and Apple in terms of sales in the smartphone software marker during the course of the past several years. Both Nokia Inc. and HTC Corp. were smart enough to vary the looks of their devices from the Apple iPhone by adding bright colours so that they are able to stand out as an iPhone alternative to consumers. The heated competition for gaining sales between HTC and Nokia is also expected to generate considerable publicity that will ultimately prove advantageous for Windows Phone 8 software.

HTC Corp, based in Taiwan, met with more success at the launch of its device in New York than Nokia did at its phone launch in the city earlier in the month. Even though Nokia did not comment on the names of any clients for the newest additions to its Lumia range, HTC stated that its two new phones would probably sell at 150 operators in over 50 countries all over the globe. HTC is supposed to be announcing the results of its performance in the third quarter of the year on the 5th of October.