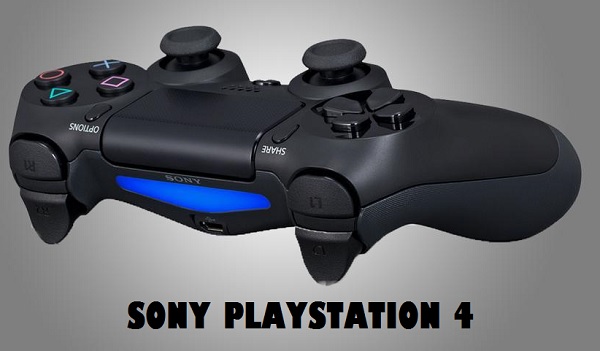 In a press conference at the Gamescom event in Germany, Sony announced the launch of  New PS4 in North America on November 15, and Nov. 29 in Europe.

The console, which starts at $399, has a number of critical improvements over the current PlayStation 3, which was introduced seven years ago. Most particularly, the system has been enhanced with graphics and processing horsepower. It has an eight-core x86 processor, and 8 GB of RAM helps provide an extreme level of detail in games (“Killzone: Fall” and “Call of Duty: Ghosts.”). It also comes with a new DualShock 4 controller, which is equipped with a new share button for social media integration and a new sensor that will allow the New PS4’s Kinect-like camera depth-and-motion sensor to read where the player is.

“We’re pleased to have some of the final pieces of the puzzle coming together for consumers to make their decisions,” said Sony Computer Entertainment America president and CEO Jack Tretton in a telephone interview after the announcement. The New Sony Play Station 4 features are definitely going to rock the gaming world.

Sony had previously said the New PS4 would be launched during the holiday shopping season this year. But the company finally revealed specific launch dates on Tuesday.

It will ship alongside a surprisingly short list of game titles, with just 15 games arriving at retail between the November 15 launch date and the end of 2013. A further 18 games will be released in download-only form. Most of the A-list titles shipping alongside the PS4—like NBA2K14, Call of Duty: Ghosts, Battlefield 4 and Assassin’s Creed: Black Flag are also available on other game consoles, but Sony is shipping a few exclusives of its own too, like Killzone: Shadow Fall. Sony says that over 180 PS4 games are currently in development.

“We are very excited about the fact that we have 180 games in development and that there will be over 30 of them available on shelves before the end of the holiday season,” Tretton said. “It is a very exciting time for us and for the gamer.”

Sony laid emphasis mainly on the videogame, developing and acquiring new technologies to help it stream games to handheld devices. It is also producing a streaming game service, which will do all the calculation work for intricate visuals on a server, and then it emits the images over the Web to the videogame console. At $399, the PlayStation 4 will also cost $100 less than Microsoft’s offering. Though Microsoft is very confident about Xbox One release and its success, the New Sony Play station with better features might just force them to change the plans.

Microsoft said it has plans for Xbox One release in 13 countries sometime in November. That will be its first console since 2005 when it introduced the Xbox 360, which has since sold more than 78 million units.  Meanwhile the company is emphasizing broader possibilities than game-playing for the Xbox One, focusing on multimedia capabilities such as live television viewing and interactions with its Kinect motion controller. It has also built a streaming videogame technology that will layer images from a server into images created by the videogame console.

Sony also reduced prices on its current-gen PlayStation 3 console and the PS Vita handheld video game machine. The company will soon offer a 12 GB version of the PS3 in the US that will retail for $199, about $60 less than the cheapest model that is available today. And the PS Vita drops in price from $250 to $199, which is effective immediately.

The company announced that it has received more than a million pre-orders on the console, and if that’s just pre-orders, actual demand can be assumed to be much higher than that.