NASA launched an Earth-watching satellite on 28th October 2011, a year after its planned launch. The primary purpose of the satellite is to monitor climatic and weather changes and provide enhanced weather forecasts. 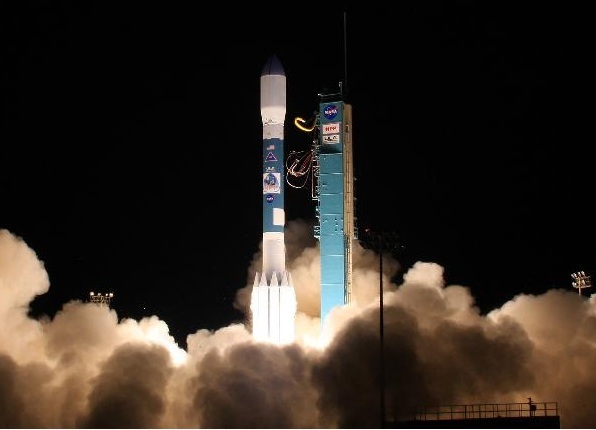 The NASA satellite was launched in a Delta 2 rocket a little earlier than 3:00 a.m. on Friday, from the coast of California. It took the satellite approximately an hour to detach from the rocket after it was launched, and to travel into an orbit 500 miles over Earth. Recently quite a few Business Magazines have covered this historical event.

The satellite is one of the many that are already revolving around the earth, gathering data about the atmosphere, land and water bodies on the earth. The satellite launched on Friday is the most advanced of the lot, with four completely original gadgets that will be responsible for noting highly accurate and defined observations. The satellite, which resembles a small SUV in size, is expected to change the face of weather forecasts.

The work of the NASA satellite will not just be limited to studying the climate and predicting weather conditions, for it will also be responsible for keeping a tab on the changing state of the ozone, observing the Arctic sea ice and analyzing wildfires and volcanic ash.

According to different magazine articles, the project for this NASA satellite is said to have cost $1.5 billion. The project has met with several hurdles along the way, and the satellite launch that took place on Friday was the end result of a hard road for the NASA team. The satellite was developed as a faction of a larger civilian-military satellite project that was cancelled by the White House in 2010 as a result of the program exceeding the set budget. According to the original program, the satellite had to be launched in the year 2006, but policy and technical difficulties prevented NASA from sticking to the original deadlines.

Now that the satellite is in orbit, great things are expected to come of it. Project scientists from the mission have stated that they are very hopeful and excited to see the satellite’s findings, as the collected data is going to be of a much more superior level than that being provided by the older satellites. Meteorologists from NOAA are hoping to use the data collected by the satellite to better predict and appraise sudden and severe weather conditions such as cyclones and tornadoes. Climate researchers on the other hand are interested in gaining more insight into more permanent climatic phenomena and studying climate changes.

NASA invited several Twitter users to attend the launch of the satellite at the Vandenberg Air Force Base. The satellite was launched amidst perfect weather conditions.

(Read the elaborated version of this article in the Energy Section of Industry Leaders Magazine which is a leading Energy magazine.)