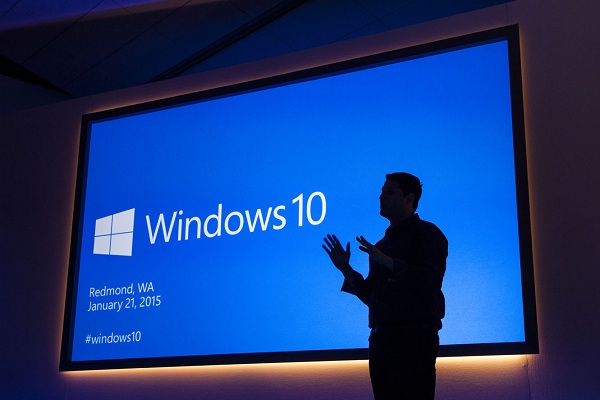 “There’s going to be more personal computing in our lives.”

The new philosophy voiced by Microsoft chief Satya Nadella is in many ways opposite of the old Microsoft. The forty-year-old company, under Bill Gates and Steve Ballmer’s reign was a warmongering, competitive organization focused on getting a billion number of people to run Microsoft software on personal computers. The pre-2014 Microsoft was so in love with its operating system and softwares that it came much, much late to the Internet and mobile devices party. Windows that used to once run on nearly ALL computing devices on the planet has now taken a back seat with only eleven percent share amidst the pandemonium made by Android and Apple devices.

On October 6, at one of the most important press events Microsoft took the helm. The three-year-old computing-hardware efforts showed up at the unveiling of its latest line up of computing gadgetry running on Windows 10 OS.

Microsoft Surface Book will turn you into a Windows Believer

Microsoft unveiled a more powerful version of its Surface Pro laptop/tablet hybrid at the October 6 press event in New York City. The Surface Book is “the ultimate laptop,” said Panos Panay, Microsoft’s corporate vice president for devices. “Ounce for ounce, pound for pound, this is the fastest 13-inch laptop ever made.”

The new Surface Book is so fly it truly challenges the MacBook Air.

The Surface Book is a magnesium alloy laptop/tablet hybrid with a 13.5 inch, 267ppi screen and high-powered internals, and is twice as powerful as MacBook Pro.  It’s thinner (0.51-0.90 inches), lighter (1.6lbs), and faster, thanks to Intel’s latest chips. Its base configuration of 128GB storage and 8GB RAM will cost you $1,500, while a fully-loaded workhorse at a full terabyte storage and 16GB RAM comes at $3,000.

Panay calls it the “thinnest and most powerful PC ever created.”

The Surface Book’s display detaches from a unique “dynamic fulcrum hinge” and folds down to about 45 degrees on the diagonal. It is flexible, articulated that steadies the entire laptop, allowing it to fold forward like a regular laptop and fold backward to a comfortable angle, although it doesn’t fold flat entirely. It’s a marvelous piece of engineering, with a unique design feature that gives the Surface Book an identity.

It is powered by an Intel Core m3 processor and battery are built into the screen half making switching to tablet mode easier for the user. While, the high-powered Skylake chip and Nvidia GPU is in the keyboard base with 1GB of GDDR5 memory. The basic idea here is that users can easily use the device in laptop mode while connected to the graphics processor.

Below are the Surface Book’s integrated graphics options: The Intel Core i7 includes the Intel Iris graphics, the Core i5 includes HD Graphics 520, and the Core m includes Intel’s HD Graphics 515.

If a user wants to use a less-powerful clipboard-size tablet for “draw mode”, they can detach it from the GPU keyboard base. The new laptop has a blacklit Chiclet-style board and a multi-touch glass trackpad that is 40% larger and smoother than the Surface Pro 3 keyboard. There’s also a fingerprint sensor and Cortana integration which fits perfectly in the display. The type cover comes in five different colors – green, light blue, red, dark blue, and black.

Microsoft has touted the battery life as resilient boasting a mileage of 12 hours in laptop mode and three hours in tablet mode.

The Surface Book will also work with the Surface Dock unveiled during the Surface Pro 4 demo, but it also has a pair of USB 3.0 ports built in. The main I/O connecting is a USB-C connection to the Dock, and Panay demonstrated its transfer speeds by zipping a 3GB file over it in about five seconds.

Microsoft unveiled the Windows 10-powered Surface Pro. The 12.3-inch device runs on Intel’s latest Core M and i-series processors. The ever so light tablet weighs around 1.63 pounds. Similar to the Surface Book, it gets a new Type Cover keyboard, with backlit keys, a fingerprint reader, and a responsive touchpad.

The Surface Pro 4 is compatible with existing keyboard accessories. There’s the all-new Surface Pen designed to work well with Microsoft’s Surface line up. It also has an eraser on the end of it. The tip has 1,024 levels of pressure sensitivity and attaches magnetically to the top of the Surface Pro when not in use.

The Surface Pen comes in a variety of colors – silver, gold, blue, red, and black – and 24 different pen tips. It also has Cortana integration. Users can activate the voice assistant by holding on the stylus button. Although, double-clicking the button launches OneNote, as it does on the Surface Pro 3.

Amidst the cornucopia of AR/VR devices, Microsoft’s HoloLens device stands in a league of its own. It’s not a virtual reality headset, instead it shows holograms that float. The standalone device can work fully untethered – it requires no cords or a gaming PC connection. It a computer that sits on your head. It has its own Holographic Processing Unit that creates holograms.

Microsoft is currently accepting applications from developers starting today and will ship out early units in the first quarter of 2016. It is majestically expensive at $3,000. A shipping date or price for a consumer version remains unknown.

Microsoft CEO Satya Nadella is on a roll!

The forty-eight-year-old, soft-spoken CEO of America’s third-largest company, Satya Nadella, dressed in dark jeans and a dark pebble colored T-shirt, offered the journos and fanboys a piece of Zen:

Nadella, who took over as CEO in February 2014, is revolutionizing the company – strategically and personally. He is bent on creating an ecosystem that extends beyond hardware. He sees SOFTWARE as an integral part to the company’s success. Nadella aims to deliver something new – the ‘perfect’ Windows experience. “We want to move from people needing Windows, to choosing Windows, to loving Windows,” said Nadella at the blockbuster press event in NYC.

He once again shared his vision for the future of personal computing and made it clear that Microsoft has no intention of shying away from the device manufacturing market. Even though the company has been dominating the PC-OS scene, it is struggling when it comes to portable, smaller computers that are today replacing traditional PCs. Microsoft’s Windows Phone OS, which was launched way back in 2010, has failed to capture the market with only 3 percent market share.

There are now 110 million devices running on Windows 10

There are 110 million devices now running on Windows 10. Apps in Windows 10 are now universal and will run on Microsoft’s entire product range including Xbox. EVP of Windows and Devices Group Terry Myerson gave an update that there have now been 1 billion visits to the Windows Store. Developer’s payouts too, have grown four-fold since the latest Windows 10 upgrade. Universal apps including apps for Facebook, Instagram, Candy Crush Soda Saga, and Uber are coming soon.

Earlier this month, Microsoft noted there were about 670,000 apps on the Windows Store, which companies both – apps for phones and Universal Apps. In comparison, Google has 1.6 billion apps on Google Play and Apple has 1.5 billion apps. 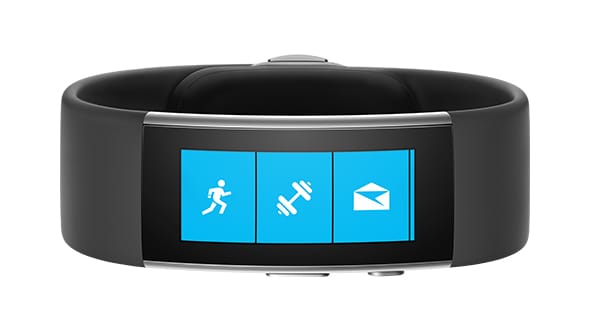 At the Windows10Devices event in NYC, Microsoft announced a second version to its fitness wearable, the Microsoft Band 2. The biggest change the new device brings is more sensors, a comfortable latch around your wrist, and its price.

The Microsoft Band 2 includes a barometer to measure atmospheric pressure and keep track of wearer’s altitude during long hikes. It can estimate VO2Max for advanced fitness tracking. The Gorilla Glass 3 screen is curved on the flexible and easy-to-wear band. The device promises two full days of battery life. It also offers voice support for Cortana, Microsoft’s digital voice assistant. It comprehensively tried in with the Microsoft Health platform, keeping track of your workouts and even making recommendations about future fitness goals. It supports a range of apps and alerts – Facebook, Subway, Twitter, Starbucks, RunKeeper, and Uber – were one of the few mentioned by Microsoft in the event. It also offers unique features for golfers, including automatic shot tracking.

Like the first edition of the wearable, Microsoft Band 2 works with smartphones running Windows, Android, and iOS.

The new band will go on sale at the end of October for $249.99. It is widely expected to be launched beyond selected territories – US, UK, and Canada.

A Big Roll Out of New Devices 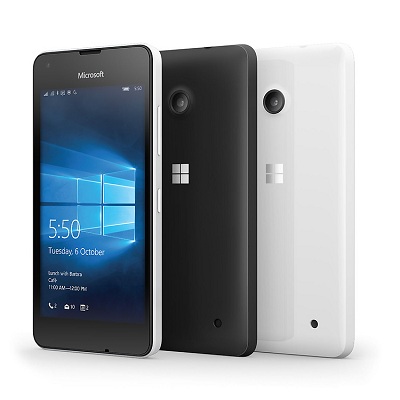 Hands on to Microsoft for the release of its new Windows-10 enabled device, Microsoft 550. This new device 4.7-inch device comes with a superior design, superb Windows 10 experience, and high-end features. The compact handset will be enabled with 4G LTE. Microsoft 550 will feature a high-definition 750- pixel resolution display with 315 per inch pixel. It will be available in two shades of color- white and black, with a glossy back finish. It runs on a 1.1GHz quad-core processor, and Snapdragon 210. The battery life has a remarkable 13.9 hours of usage time on 3G, along with a 28 days standby time. This latest Smartphone will feature, Window’s 10 digital assistant- Cortana. The camera specifications include a 2 MP front cam for Video Chat and Selfies while the back comes with a 5 MP rear-facing camera with capability to shoot video of 720p. The RAM is however, as low as 8GB, but users can stretch it up to 200GB in the external memory via microSD. 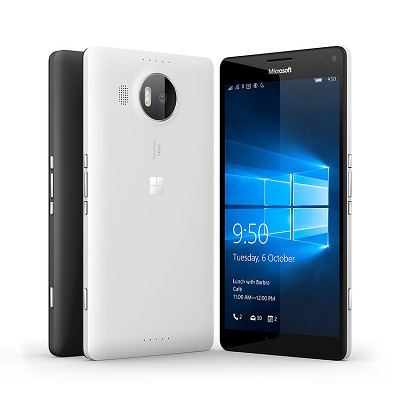 Finally, Microsoft comes up with a device that is worthy enough of competing with S6, S6 Edge, and iPhone 6S, and iPhone 6S Plus in the market. This time, Microsoft has certainly raised its bar higher to give a tough neck to neck battle to the existing leads in the market. Both, 950 and 950 XL, are almost an identical set of devices with few variations. The 950 XL screen comes with a larger horizon of a 5.7 inch super AMOLED screen with a resolution of 2,560×1,440-pixel display, whereas the size of 950 will be a little less than its twin brother. The battery life in 950 XL will last a little longer as it comes up with Octa-core Snapdragon 810 processor while 950 stays at hexa-core. The camera for 950 XL comes in 20 MP PureView rear-faced and 5 MP front-faced, with an enormous and slick edge-cutting design. The device is Windows-10 enabled and comes handy with Cortana, the digital assistant. The device is enabled with 4K video capturing capacity and USB Type-C charging, which helps in charging the device faster. Internal storage is up to 32GB while it can expand to 200GB in external storage.