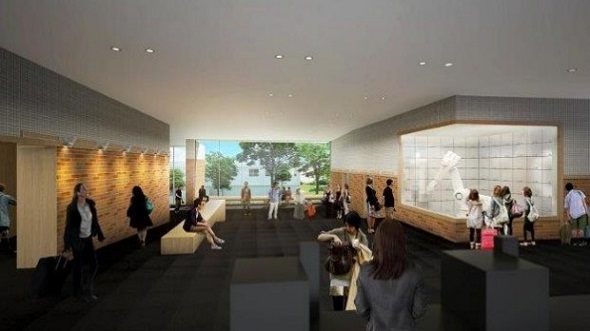 The actroids were developed by Osaka University and manufactured by the Japanese robotics company Kokoro.

Japan is set to open a hotel that claims it will eventually be staffed almost entirely by humanoid robots. The Hen-na Hotel is scheduled to open inside the Huis Ten Bosch theme park in Sasebo, Nagasaki in Japan.

The two-story hotel Henn-na, which means Strange Hotel in English, will operate under the motto “A commitment for evolution.”

The Hen-na Hotel will initially feature three actroids, or robots that are designed in the human likeness to work as receptionists and have engaging conversations with human guests. Four porter robots will be on hand to help guests’ carry luggage to their rooms. Actroids will also clean the hotel, staff the cloakroom and also serve food in the restaurant.

The actroids were developed by Osaka University and manufactured by the Japanese robotics company Kokoro, with the first version releasing in 2003. Most actroid robots bear the features and mannerisms of a young Japanese woman. The robots will be able to speak Japanese, Chinese, Korean and English, make hand gestures and determine a customer’s mood on the basis of their facial expressions.

The robots, which their creators say are aimed at both highlighting technological advances and help reduce labor costs in running a hotel. This in turn would mean cheaper rates for customers.

The park will charge7,000 yen approximately $60 a night for single rooms and 9,000 yen $96 a night for twin rooms. During peak tourist season when the hotel reaches its maximum capacity, rooms will be auctioned off to the highest bidder. The upper limit would be $119 for a single room.

“We will make the most efficient hotel in the world,” Hideo Sawada, president of Huis Ten Bosch, said during a press conference. “In the future, we’d like to have more than 90 percent of hotel services operated by robots.”

According to the company, the features will help make Henn-na the most futuristic low-cost hotel in the industry which includes facial-recognition technology for accessing guestroom doors. The amenities offered in rooms will be kept minimal and guests can request items via tablet when needed. Instead of using air-conditioning, a radiation panel will detect body heat in rooms and change the room temperature. The hotel will also use solar power and other energy-saving features to reduce operating costs.

The park plans on opening the first phase of Henna-na on July 17 with 72 rooms followed by another 72 rooms in the second phase, which will be completed in 2016.