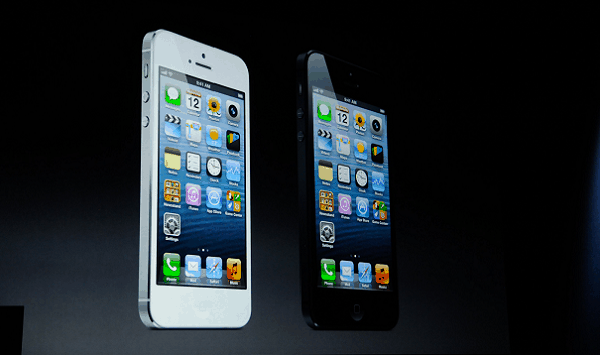 Apple Inc.’s shares took a leap, reaching a record high level on Friday. One analyst attributed this to new “iPhone 5 fever” as the corporation announced that a few customers needed to wait up to two to three weeks to get their hands on the new Apple Inc.’s smartphone which is not only slimmer and faster but also accounts for almost half of the company’s overall revenue.

The U.S. store of Apple Inc. was projecting that deliveries for the new Apple iPhone 5 would require at least two weeks to carry out, with some analysts stating that the date of shipping was delayed within an hour of the beginning of the presales. The website of the company indicated that buyers who were from France, Germany and United Kingdom would be required to wait as long as three more weeks in order to receive orders when shipping of the new Apple iPhone 5 begins the following Friday which is going to be the first day of shipping.

Sprint Nextel Corp AT&T inc. and Verizon Communications Inc – the three main carriers in the U.S. who will sell the new Apple iPhone 5 – showed setbacks ranging from almost a week to more than a month by the afternoon of Friday resulting from the iPhone 5 fever.

Natalie Kerris, the spokeswoman for Apple Inc. stated that pre-orders for the company’s  iPhone 5 have turned out to be beyond imagination. They have been totally blown away by the response of the customers. No further details about the demand were provided by Apple, even about the increase in Apple Inc.’s shares. A spokeswoman for Verizon claimed that the company had witnessed considerable volumes ever since it began to accept pre-orders. Sprint and AT&T did not comment any further on the matter.

The new Apple iPhone 5 is most likely going to be available in stores of Apple Inc. by the next Friday for walk-in purchase. Preorders are also being taken by retailers such as Best Buy Co. and Wal-Mart Stores Inc.

Market analysts believe that the iPhone 5 fever is most probably in full swing. When a preorder takes place, it is not like the company to upset valuable customers and so obviously, they have been snowed under by the huge demand. No company wants to sell out within an hour.

Apple Inc.’s shares came to a close, up by 1.2 percent, at $691.28 on NASDAQ. Earlier, Apple Inc.’s  shares had reached an all-time high of $696.98. Orders for the new Apple iPhone 5 began at midnight according to Pacific Time on Friday, with delivery set to start on the 21st of September. The smartphone is began manufactured in batches and is set to be sold in over 100 nations by the close of the year.

It is not unusual for the company to run out of products on the very first day like iPhone 5 fever. The same thing had happened with the previous version, iPhone 4S.

Some analysts have been rather surprised at how fast Apple Inc. intended to introduce the new Apple iPhone 5 model to the world, stating that this must have been one of the quickest rollouts of the phone since its launch in 2007. Several analysts point out that the early sell-out of the product may lead to a probable supply crunch.