The regulations from the U.S. Environmental Protection Agency will seek to reduce carbon dioxide emissions from existing power plants 30% by 2030, which scientists say are contributing to warmer temperatures leading to bigger wildfires and smaller snow packs. The Obama administration’s rule-making proposal is potentially an ambitious target that marks one of the biggest attempts any nation has ever made to limit such pollution. 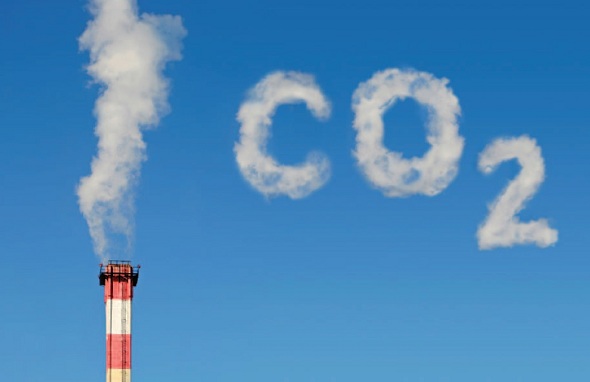 President Obama’s climate-change campaign will set specific targets for each state for reducing carbon-dioxide. Different states would have different targets, based on their fuel mix and it is designed in a way to give states and power companies the flexibility to achieve the pollution reduction goal.

The Obama administration is scheduled to make a formal announcement on Monday morning to address the source of up to 40 percent of the carbon dioxide emitted in the United States. The complex rule will make good on a pledge the president made in 2013 to address climate change in contempt of congressional apathy towards the issue.

The new rule targets the nation’s fossil-fuel-burning power plants, as they account for an estimated 40% of all carbon dioxide emissions in the country. States will be required to cut down carbon-dioxide emissions 30% from their emission levels in 2005, when emissions were 10% higher than they were in 2012. The decline is a result of the latest boom in cleaner-burning natural gas, which has displaced a great deal of coal as a fuel source. In addition, states that burn a huge quantity of coal would start their reductions from a higher emissions level than those that burn natural gas, which emits less carbon dioxide.

The new initiative would allow states to develop other parts of the electricity system, such as encouraging energy efficiency or promote renewable energy sources such as solar and wind, is part of a bigger climate action plan by President Barack Obama in an attempt to decrease global warming.

While environmental groups and other administration allies have lauded the initiative as a crucial effort to cut the single greatest source of greenhouse gases, critics including U.S. Chamber of Commerce, congressional Republicans, Democrats from coal states and the mining industry have already lined up against it. They believe that such actions will cost thousands of jobs, increase the cost of power and inflict severe harm on the economy and future job options. A chamber report evaluated that the rule could cost the economy $50 billion annually.

The administration’s supporters responded by saying that the proposed rule provides states that have a lot of coal production the option to continue operating the most efficient plants, although at lower capacity, which would assure credibility and affordable costs. The diminished coal-fired output could be made up through energy efficiency and renewable power sources.

Anna Domanska
Anna Domanska is an Industry Leaders Magazine author possessing wide-range of knowledge for Business News. She is an avid reader and writer of Business and CEO Magazines and a rigorous follower of Business Leaders.
« Retail Industry Leader Amazon under the Noose?
Google rumoured to be investing more than $1 billion in satellite internet access »
Leave a Comment
Close