New ASUS ZenFone 2 Variant Launched in the US for $229 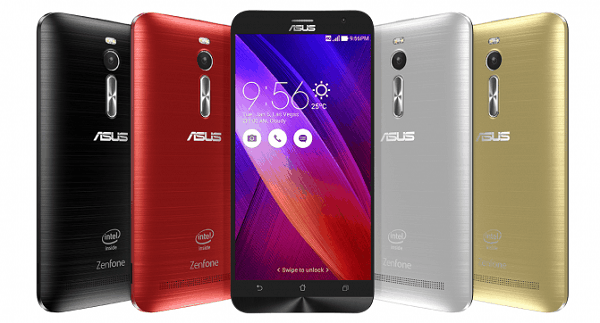 According to reports, the ZenFone 2 variant might be one of the cheapest smartphones so far with 4GB of RAM and 16GB of internal storage.

Among mid range phones, one of the best choices of the moment is the $199 version of the Asus ZenFone 2, which includes 2GB of RAM and 16GB of internal storage. The phone has garnered plenty of attention due to its low price and impressive list of specs. The Taiwanese company has now introduced a new variant of the ZenFone 2 in the US which will come equipped with 4GB RAM and 16GB of inbuilt storage.

The device will be priced at $229. According to reports, the ZenFone 2 variant might be one of the cheapest smartphones so far with 4GB of RAM and 16GB of internal storage. The Asus ZenFone 2 will only available in the U.S. for now.

So far, the company has released its two versions of the ZenFone, one which showcases 2GB RAM with 16GB of built-in storage and the other one is the variant which features 4GB of RAM and houses 64GB of storage. The devices are priced at $199 and $299 respectively. There are two different Atom SoCs used in the ZenFone 2, and the new $229 device seems to have the slower of the two (Z3560).

In terms of specifications, the 4GB variant of Asus ZenFone 2 comes equipped with a 5.5-inch, 1,920 x 1,080 resolution IPS display with Gorilla Glass 3 protection. The device will be powered by a 1.8GHz quad-core Intel Atom Z3560 and includes a MicroSD card slot capable of handling up to 64GB cards, dual SIM card support, and the standard array of wireless radios.

The ZenFone 2 comes with a new variant of the Zen UI that is built atop Android 5.0 Lollipop. Other specifications in the new device include a 13MP rear camera with f/2.0 aperture and 5MP front facing camera. It sports Real-Tone flash to ensure warm skin tones and accurate colours.

In terms of connectivity, the ZenFone 2 supports HSPA, 4G LTE Category 4 (FDD and TDD), 802.11ac WiFi, Bluetooth 4.0, NFC, micro USB, GPS/A-GPS, GLONASS and USB OTG. On the battery front, the device feature a 3,000mAh Li-polymer battery that comes with fast charging technology, which claims to charge the phone from 0-60 percent in just 39 minutes, according to Asus. The ZenFone 2 comes in two different colors of aqua blue and pink.

For those interested, the newer 4GB RAM/16GB storage model is already available from a number of retailers including Amazon.

Companies have raised over $400 billion in the first three weeks of 2021 as stimulus packages from governments and central banks have led to...
52 mins ago

Alphabet-company Google has announced $150 million to promote vaccine education and equitable distribution of the vaccine. It will also open...
2 hours ago

The earnings season in Europe starts this week, and the banking industry executives are sure to come under fire from shareholders, boards an...
23 hours ago