Netflix’s Content Bank Strong Enough To See Through the Pandemic 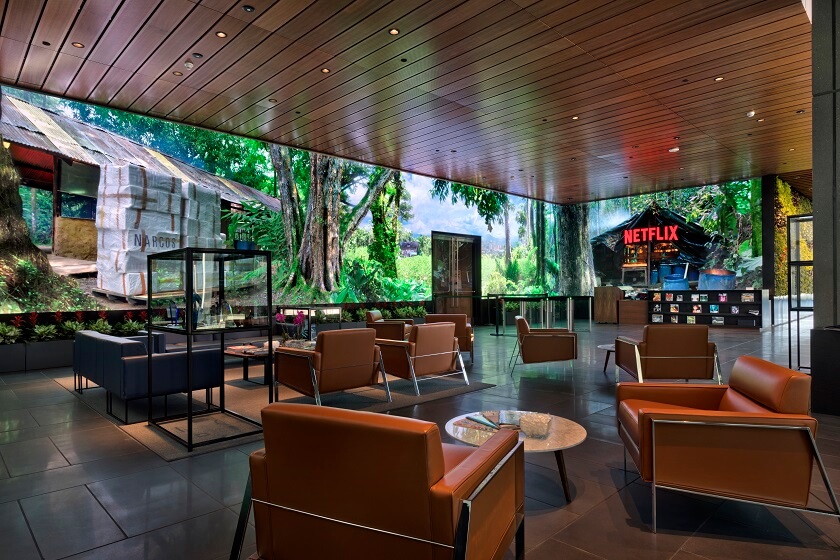 The COVID-19 coronavirus has led to millions being forced to stay at home with lots of time on hand.  Streaming services like Netflix, Hulu, and Amazon have seen a spike in viewership. Though experts question how long the good times will last for the Over the Top streaming platforms. The content bank strategy of Netflix is like blessings to original and top most influential TV shows like Cuties on Netflix and more. The show has gained popularity and contrast to some hot discussions on cuties on Netflix. The audience poll shows wheaher such show should be allowed for youngsters or may adversely affect to them?, So by any means, the Cuties on Netflix and similar shows are on trend to boost viewership for Netflix.

A recent online study by Invoke, a market research company, says 75 percent of people it questioned said they were watching more streaming content than ever before, and choice of viewing was Disney+, Amazon Prime, Hulu, and Netflix. Forty-six percent of those surveyed said price did play a part in deciding what they watched.

Most streaming sites have reported record numbers in audiences. But the question is, how long will the streaming services be able to hook the viewers to their screens? And will their stock of series and other shows be enough to keep the audiences engaged in the long run?

Netflix has wrapped up all shootings for films and series that are slated for release this year, according to a recent statement. “Our 2020 slate of series and films are largely shot, and are in post-production remotely in locations all over the world,” said content chief Ted Sarandos. “And we’re actually pretty deep into our 2021 slate. So we’re not anticipating moving things around.”

Going by this reassurance and the number of ongoing productions and their slew of shows emanating from all over the globe, Netflix seems well prepared to overcome any hurdles and halts thrown by the pandemic crisis. Jeff Bock, a media analyst at Exhibitor Relations, is of the opinion that Netflix’s can of series and films is not likely to run dry as it has a stock running into hundreds, unlike other Over-the-Top streaming platforms. According to him, the contrast is of five to six shows to at least a hundred with Netflix.

Netflix’s partnerships with creatives all over the globe give it access to a vast library of content that it can stream for domestic audiences across the globe. “There are so many productions that are financed by Netflix, it’s almost mind-boggling. They’re almost putting out as much content as all the studios put together,” he added.

The streaming site has found a way to combat the shutdown.  It has ramped up productions in countries that have relaxed the pandemic shutdown norms. Iceland and South Korea have become the go-to places for doing shootings and other creative work.

Media expert Brock is of the opinion that Netflix’s pockets are deep enough for it to buy a remote island and keep things working there if needed.  Reality TV and documentaries on the making of shows are another way to put out quick and easy content that does not require big crews. Currently, it is enjoying a good run of the zookeeper documentary “Tiger King” with follow-up episodes of interviews with show participants via video calls.

“A lot of different content distributors are looking into (documentary programming) in the short term, to fill some of those holes,” according to Steve Nason, research director at Parks Associates. Netflix is already ahead in this game.

Even so, the river of content may run dry if the shutdown gets extended or is reimposed after some relief. Many scientific experts feel that the worst is not yet over as far as the pandemic is concerned.  A reopening of life, as usual, may result in another outbreak or wave of infections. “They like to put out a lot of content, each and every week,” said Bock. “Maybe as we go along into the fourth or fifth month in terms of lockdowns… they certainly will be ahead of the game, but they’ll certainly be hurt.”

Netflix’s attraction is in its ability to put out unique and new content at regular intervals. The other streaming sites like Disney and its associates and HBO Max have access to a vast library of archival material, which they can run any time.  But Netflix relies on new content to rope in audiences. ”People are, in a sense, distracted by all the archival content — they can watch shows over and over,” said Paul Dergarabedian, senior Comscore analyst. “There’s a lot of buffer there.”

Added to this is the fact that movie making has been delayed and no new films will be available for streaming on the platform in the near future.  Netflix’s bid to run old popular shows like Friends and The office,  but it lost out on the popular serials to rival services. “If the production halt goes on nine to 12 months, everyone is going to be hurt,” said Nason. ”But compared to some of their competitors… (Netflix) are going to be in much better shape.”

According to media research firm Nielsen, Netflix was the most popular streaming platform with 29 n percent of the total (about 45.4 billion minutes) for the first two weeks of March. At&T announced that Netflix viewing had gone to an all-time high in end-March. Streaming time has gone up by 14 percent compared to last year, according to Nielsen.

It has been historically established that in times of grim events and crisis, people turn to light entertainment for relief. During the Depression and even wars, people flocked to cinema halls and shows for distraction and diversion from bad news. Times are uncertain. Economic compulsions are forcing governments to consider easing all shelter in place norms, but there are fears of another wave or re-emergence once restrictions are lifted. Old or new content, streaming sites are proving to be a boon for people going through a grim reality, and they may be one of the few industries doing well during the pandemic.

Netflix practices the term “original” to outline between movies and series that are exclusive to its online TV platform, and those that are accumulated from other studios after first being made available elsewhere. Netflix’s Original can refer to a few things: content such as Stranger Things that are self produced, programming like Narcos that are licensed entirely from other studios and branded as Netflix originals, or licensed viewers content such as You and Riverdale that may air on TV in some markets but stream first on Netflix in other parts of the world.

Netflix is now centering more on the originals itself produces to entertain exclusively, such as Stranger Things, the Queer Eye revival, The Santa Clarita Diet, Nailed It! and 3%. “These are all online tv shows that people truly love in enormous numbers around the world. They don’t have to go through the gun-to-your-head re-negotiation each couple of years for them. The Netflix company has not revealed the share of its originals that are self-produced yet.