Netflix’s Content Bank Strong Enough To See Through the Pandemic

Netflix Inc. is witnessing a free fall on Wall Street, post the company reported shocking second-quarter earnings after Monday bell rang. The Netflix stock (NFLX) is down by 14 percent in view of inability to maintain subscriber growth rate.

The most popular video streaming platform forecasted to achieve 5.11 million global subscribers, whereas it recorded 4.5 million subscribers, marginally missing its target during the accounted period. Similarly, Netflix estimated to add 1.23 million new subscribers in the US, however it hit below 700,000 subscribers in the second quarter.

Though the company is going through an amazing phase since a year, it “had a strong but not stellar quarter,” Netflix wrote in a letter to shareholders.

Though the company’s revenue rose by 40 percent from the previous year to $3.91 billion, here too, it fell short of Wall Street projection of $3.94 billion. In contrast, when looking at the profit, it is positioned on a happy spot, wherein earnings totaled to 85 cents a share, overtaking the analyst prediction of 79-cent. 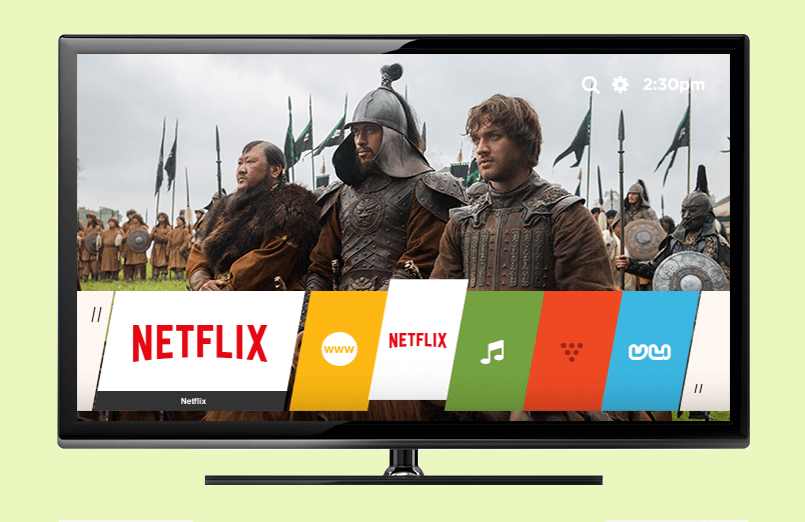 “We’ve seen this movie of Q2 shortfall before, about two years ago in 2016, and we never did find the explanation to that, other than there is some bumpiness in the business and continued to perform after that,” Netflix Chief Executive Officer, Reed Hastings said in the pre-recorded interview on the second quarter earnings call.

Likewise, AT&T has proposed to take over Time Warner for its online video content, besides it is pushing for creating its own library of videos. Apple has scheduled to invest $1 billion to produce Original content for its video streaming services. So, the slower subscriber growth rate doesn’t seem an unexpected challenge to Netflix’s booming business model.

“Second-quarter 2018 original content and new season installment quality are underwhelming, even as sheer output volume enabled Netflix to finally pass HBO in the number of Emmy Award nominations,” analyst Harrigan pointed out. “Even if Netflix Google search activity suggests a possible beat we would use another post-earnings pop to take profits.” 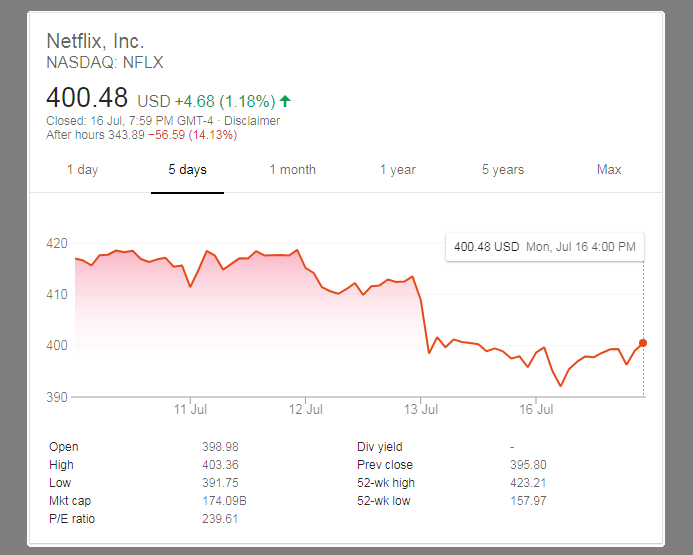 Before the second quarter earnings call, Netflix stock was one of the highest gainers in the market, increasing at 106 percent in 2018 and 150 percent in 2017.

Disappointed with the outcome, the company’s stock on Monday closed at $400.48, and fell to $343.89, a sharp drop of 14 percent during extended trading. On a positive note, today NFLX opened on a slightly improved position with $398.98.

Netflix executives said on Monday that they are aware of more competition, but rejected any probable negative impact on its business. “Our strategy is to simply keep improving, as we’ve been doing every year.’’