Having hit the wall in the past few years, even with some 47 million US subscribers, Netflix has taken a different market course. The streaming giant has recently gained a sustainable progressive path of dominance and now the most popular TV service in America, Business Insider reports. All credits to the years of investment locally and internationally.

In a fresh survey by Cowen’s financial research group, a larger number of US consumers say they often tune in to Netflix for video streaming service. Netflix was not only ranked ahead of it digital video streaming rivals like YouTube and Hulu in the results, the streaming giant was also ahead of traditional TV services. 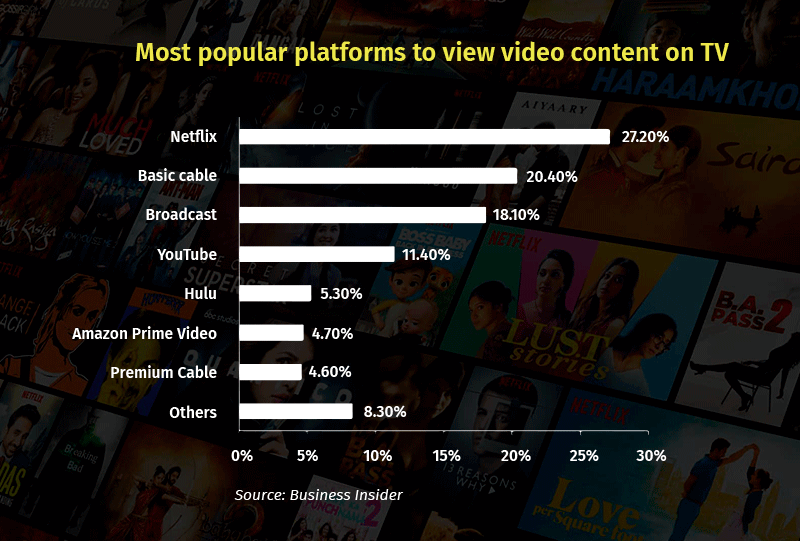 A different phase of the survey where younger consumers (aged 18 to 34) were focused on apparently increased the lead and quality-checked the survey results. Traditional TV views among US adults 35 years old and above are ahead of younger consumers by 13%, according to 2017 survey by Statista. Among the latter group in Cowen’s survey, almost 40% says Netflix is their most watched TV, 23% ahead of its closest rival YouTube.

In a research note on Tuesday, Cowen analyst John Blackledge said “the survey highlights the importance of Netflix in the home, particularly among millennials,” It is apparently a reflection of the huge and increasing investments made by the company in different original shows and movies. 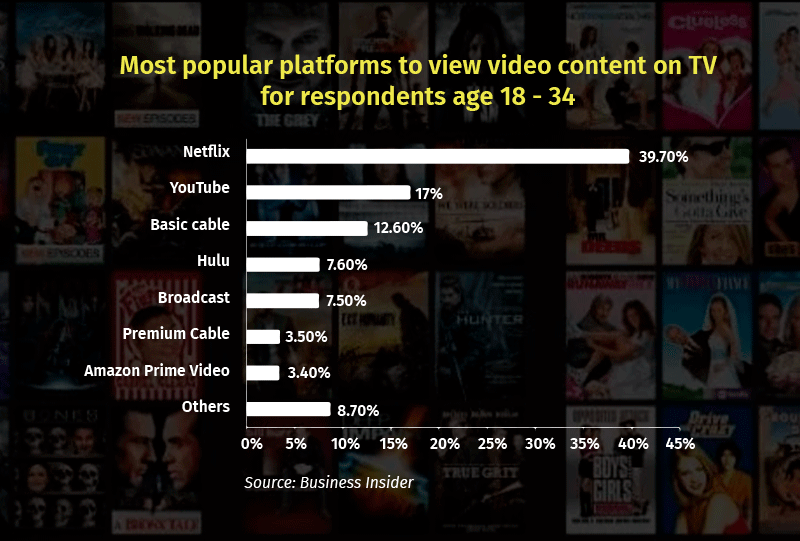 Blackledge is reported to have raised his price target on Netflix shares to $430 from $375 value, referring to the survey results and other of his optimistic forecasts. He has proposed that Netflix international division would bring 74% increase in revenue by having more than twice as many subscribers compared to its market in the US. He expects Netflix to have around 4 million international subscribers by 2023. Meanwhile, Netflix’s shares were at $390.52 on Tuesday.

Considering TV viewership, 2,500 US consumers were surveyed by Cowen. 27.2% of the respondents said they watch Netflix most often among all the TV services, ahead of second-placed basic cable at 20.4%.

Overall, 30% of the respondents are consumers who have never signed up for traditional pay TV or recently canceled their subscription. To some extent, that skewed the survey results.

Among traditional TV diehards, Netflix didn’t do badly – the streaming giant fell behind basic cable as the second most watched TV service among the groups. That indicates how popular Netflix is in the US. Among the entire population, the traditional TV holdouts represented individuals that are older while Netflix’s dominance is more profound among the young consumers.