Netflix will report fourth-quarter earnings Tuesday and its results will be a strong indication for an industry waiting to transition to a post-Covid economy.

Netflix reported a robust subscriber growth in the last three quarters, with many people confined to homes due to lockdowns and most offices transitioning to remote working. Online entertainment and streaming services provided the much-needed relief from the tedium of being home-bound for long periods.

Netflix’s September quarter reported a tad slowing down in its numbers, they turned in lesser than Wall Street predictions, with some predicting a flattening of the growth curve. 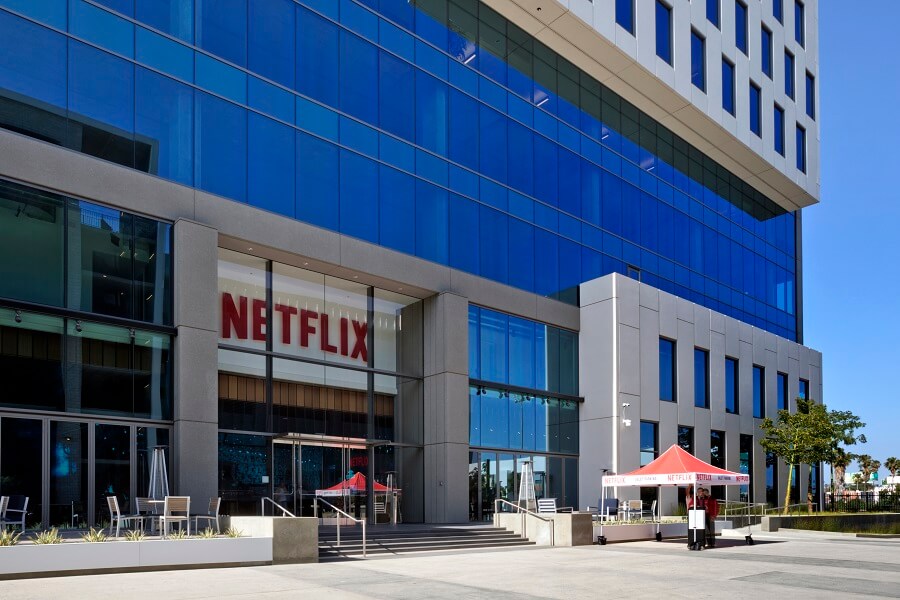 Analysts say Netflix may see a fall in the subscribers’ growth with increasing competition from other streaming sites like HBO, Disney, Amazon Prime, Peacock and Disney+. A recent price increase is bound to affect new subscriber base, they believe.

But the Covid-19 pandemic has worsened in recent months, which may boost new subscriber growth and reduce churn.

Netflix has been rated more on the number of subscribers it raises than on its revenue and net income profits. But this quarter, this tide may turn as the company turns positive on a free cash flow basis.

“Following the accelerated streaming adoption of 2020, Netflix this year is reinforced with unparalleled global scale and an even stronger competitive advantage that supports continued share gains in the broader $500 billion TV market,” he wrote in his note last week. He highlighted “ample free cash flow generation in 2022 and beyond as well as a surge of more than 70 original feature films, which should reinforce pricing power. The company’s investment in local original programming around the world also offers a long runway for continued addition of subscribers.”

Morgan Stanley has given the stock an Overweight rating and a $650 target price,  and he sees a 30% upside.

Another analyst Maria Ripps writes in a research note that despite the heightened competition, “Netflix has continued to dominate viewing time in 2020, thanks to the breadth and depth of its original content library.”

Ripps is projecting 6.7 million subscribers adds for the December quarter, and 28.6 million for 2021, including 9.4 million in the first quarter.

J.P. Morgan analyst Doug Anmuth also categorized the stock as Overweight at a $628 price target. He thinks the buy-side might actually be looking for 6.5 million. For the March quarter, Anmuth is projecting 6.9 million net adds.

Anmuth thinks there are concerns about potential year-over-year net add declines in 2021 after huge Covid-driven growth in 2020.

“Netflix is a key beneficiary and driver of the ongoing disruption of linear TV, with the company’s content performing well globally and driving a virtuous circle of strong subscriber growth, more revenue, and growing profit,” he writes. “We expect Netflix to continue benefiting from the global proliferation of Internet-connected devices and increasing consumer preference for on-demand video consumption over the Internet, with Netflix approaching 300 million global paid subs by 2024.”

But Citi analyst Jason Bazinet puts his bet on Disney rather than Netflix. Bazinet has rated the stock as Neutral and raised his target price on Netflix to $580 from $450.

“We prefer Disney for two reasons,” Bazinet writes in a research note. “First, as a late entrant, we think Disney has a quicker and easier path to sub growth over the next three years. Second, we suspect Netflix may have some hiccups over the next few quarters as price hikes potentially dampen quarterly net adds, tactically disappointing the Street. Disney, on the other hand, is apt to keep prices relatively stable.”

The analyst noted that though Netflix has a larger content base, but Disney scores better on quality of content on rating sites like IMBD. He notes that Disney’s lower pricing allows flexible bundling with other sites. He thinks Disney will pass Netflix in subscribers by 2023.

Bazinet says that the price increases will affect the volatility of Netflix shares. “We see lower risks for Disney, since ARPU (average revenue per user) and net adds will not be in tension,” he writes. “And, it is possible that Disney surprises to the upside (relative to its Investor Day sub outlook). That seems less likely to us at Netflix.”

Michael Pachter of Wedbush Securities, a bear as far as Netflix stocks are concerned,  recently issued an upbeat sentiment for the quarter. He said the company could be “on a path to sustainable free cash flow,” but he still sees its shares as overvalued. Netflix was trading at $497.98 on last week closing, and is down is down about 8% year to date.

Anna Domanska
Anna Domanska is an Industry Leaders Magazine author possessing wide-range of knowledge for Business News. She is an avid reader and writer of Business and CEO Magazines and a rigorous follower of Business Leaders.
« Microsoft partners with Cruise to commercialize self-driving vehicles
Pat Gelsinger takes over Intel, expected to focus on manufacturing and execution »
Leave a Comment
Close

The billionaire entrepreneur had previously commented on reducing the salaried workforce at Tesla. Out of nearly 100,000 Tesla employees worldwide, 42% are based out of the United
10 hours ago

In a recent interview, he acknowledged that toys and players are continuously evolving. Keeping this in mind, the company wants to develop its wares both in the physical and digita
16 hours ago