Netflix saw a 84 percent jump in its energy consumption in 2019, according to Environmental, Social and Governance (ESG) report that it publishes every year. It has doubled to 451,000 megawatt-hours from a total of 245,000 megawatt-hours in 2018. The ESG report gives an outlook of how it runs the establishment and its impact on society. Besides the environmental effect, it provides a breakdown on its carbon footprint, gender diversity in its employment policies and the type of content it covers.

The report uses the Sustainability Accounting Standards Board (SASB) framework as a benchmark. The energy consumption figures cover the indirect and direct consumption of energy by the Netflix organization in the delivery of its content. When members start watching a show or movie on Netflix, it takes a network using energy to connect them to that content. Netflix has 167 million subscribers, a 20 percent jump from 2018, and it took 357,000-megawatt hour to deliver content to them. This includes the energy use of companies that Netflix works with such as Amazon Web Services and Google Cloud, and the power required to support the servers that it installs with internet providers. 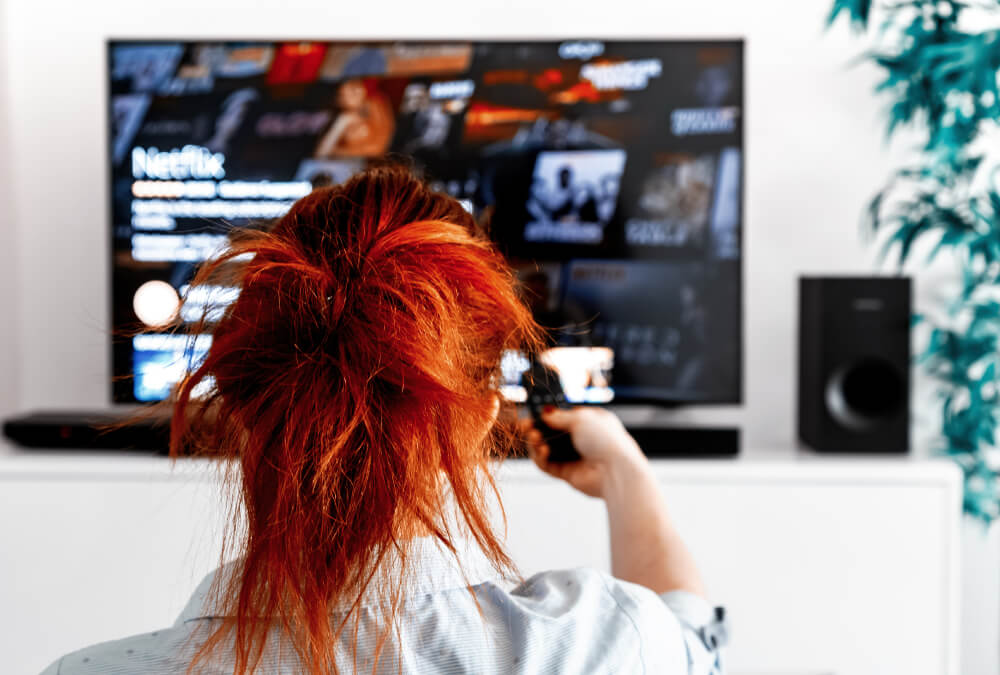 The direct use energy by Netflix, including in its offices and telecommunication services totals 94,000-megawatt hours. According to the company, 100% of its estimated direct and indirect non-renewable power use was “matched with renewable energy certificates and carbon offsets in 2019.”

They support renewable projects that reduce the environmental impact of energy use globally. These projects span 15 U.S. states and 20 countries. But the company accounts for the emissions by matching them with regional renewable energy certificates. The indirect energy use was about 357,000 megawatt hours in 2019.

To be as sustainable in their operations as possible, the company tries to compensate for the carbon footprints made by its employees and teams from travelling across the world by investing in emission reduction projects.

Their other sustainable practices include reducing the use of paper and donating excess food.

The streaming service tries to build environmental awareness by investing in content and talent that promote the issues—”Our Planet” featuring David Attenborough is a case in point.

Despite a crowded streaming market, Netflix is managing to stay ahead of the competition.

There is already Amazon Prime, Hulu, Disney, Fubo, Sling, YouTube and others; and HBO Max and NBC’s Peacock is expected to hit the market in 202. But Netflix has managed a good performance both in its earnings and in content.

It has many Emmy winning shows under its belt such as The Crown, Black Mirror, Godless, Queer Eye, Glow, Seven Seconds, Strong Island and Wild Wild Country. Netflix had 24 nominations at this year’s Oscars but won only two. It got the trophy for Best Documentary for American Factory, and Laura Dern took home the Best Supporting Actress award for her role in Marriage Story.

Netflix’s 2019 last quarter earnings posted $5.47 billion in revenue, which is 31 percent more than the year before. The service also managed to add 8.76 million net subscribers from all over the world, despite stiff competition.

Anna Domanska
Anna Domanska is an Industry Leaders Magazine author possessing wide-range of knowledge for Business News. She is an avid reader and writer of Business and CEO Magazines and a rigorous follower of Business Leaders.
« 10 Most Popular Surfers of the World
Saying It with Numbers on Valentine’s Day »
Leave a Comment
Close