Netflix blessed with its subscribers 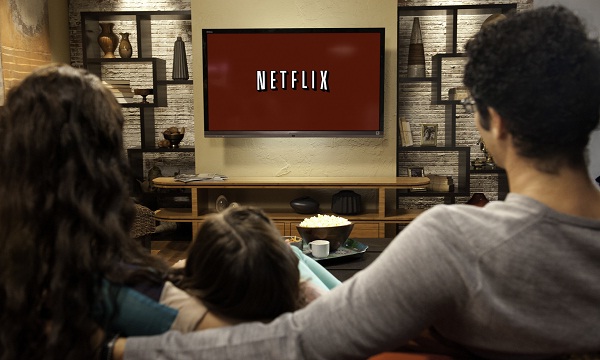 Netflix way ahead of HBO

Netflix Inc.,  media and on demand web content streaming company, is riding on a high after it announced its results for the three-months period  ended on the 31st of March. These results exceeded market expectations by a good margin since the company reported revenues of $ 1 billion for the period.

This relatively nimble media / online portal company, which employees 2045 people, boasts about a huge 36 million streaming membership base who collectively viewed a impressive 4 billion hours of film and TV content in the time period of just concluded quarter.

The company, which was founded in 1997, has leapfrogged into the 664 rank among the Fortune 1000 listings and boasts about a market capitalization of $9689 million as per company release. The current customer base of Netflix Inc., which stands around 36.6 million globally, has catapulted it into the league of major players in the online media & content providers currently in the market.

In today’s dog- eat- dog online & social media market where companies compete with each other to attract more eyeballs (more eyeballs translates to more advertisement revenue), Netflix Inc. seems to have hit on the right mix of content and price package which is helping it to not only retain its existing membership but also add staggering 3 million new users in the just concluded quarter.

With this addition of new members in the first quarter, Netflix Inc. surges ahead of HBO with its roughly 28.7 million US clients at the end of 2012.

At the helm of affairs is its President & CEO, Reed Hastings, who has been navigating the company through this period of sustained growth being witnessed in customer memberships, revenue growth and expansion into new markets, during which time the company has seen a 87 percent increase in its stock price, not to mention a cash chest of $ 139 Million.

Way Ahead for Netflix

Going forward, Netflix Inc. will have to innovate to increase its revenue stream and user base to stay ahead of its main competitors like Amazon, Direct TV, AT & T.

Company spokesperson Joris Evers has underlined that Netflix Inc. currently allows people to stream content into two different devices at the same time using one membership. This policy translates to family members and friends being able to share a single account to indulge themselves in different programs. Leveraging this customer behavior trend, Netflix Inc. has announced a new plan which will cost subscribers $ 12 in lieu of which the company will let customers stream four movies or TV shows simultaneously from different devices and this will undeniably be welcomed by its clients. Netflix believes that this new rate plan will benefit large families while at the same time help it increases revenue per subscriber.

In addition, the company envisions using some of its huge cash reserves to continue investing in producing exclusive content (e.g. Arrested Development, House of cards ) which will help itself differentiate from competition. This will also serve to retain customer loyalty and bring in repeat business.

As the web-based economy gathers steam and the user base on the web increases across the globe, Netflix Inc. can experiment with new models of subscription as a service whereby they can limit the number of users per account and they can increase their revenue stream there by keeping their investors happy and at the same time continue to be the first choice of on demand entertainment medium in the near term.