Bozoma Saint John has moved to Netflix from entertainment and talent agency Endeavor where she was the head of marketing since 2018. 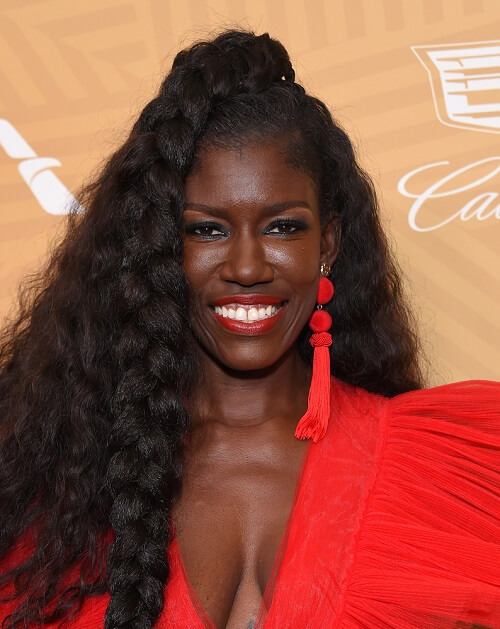 Bozoma Saint John has an impressive resume and has companies like Uber Technologies and Apple listed as previous employers.

Netflix, the content streaming giant, has appointed Bozoma Saint John as its chief marketing officer. Saint John is the third CMO to occupy this position in one year.

Her appointment is bound to attract attention for a variety of reasons. Saint John, has often aired her displeasure of the inequality that exists in corporate America. Also, the Black Lives Matter movement has forced people to take a relook at the discrimination that still exists in the United States. And companies and corporates are eager to have a diverse workplace in terms of gender, race and ethnicity.

Netflix also announced that it would allocate 2 percent, or about $100 million of its cash holdings to financial institutions and organizations that directly support African-American communities in the United States.

The 43-year-old marketing guru has an impressive resume and has companies like Uber Technologies and Apple listed as previous employers.

She has moved to Netflix from entertainment and talent agency Endeavor where she was the head of marketing since 2018.

She will be starting her stint in Netflix in August. “I’m thrilled to join Netflix, especially at a time when storytelling is critical to our global, societal well-being,” Saint John said in a statement. “I feel honored to contribute my experience to an already dynamic legacy, and to continue driving engagement in the future.”

Saint John’s became a part of Apple after it bought over Dre’s company, Beats, in 2014. At Apple, she acted as head of consumer marketing for Apple Music and iTunes for almost three years. Then she moved on to Uber where she was for a year as chief brand officer.

During that time, Uber was undergoing scandals and controversies and was known not to be open to diversity in the workforce. She tried to improve Uber’s embattled image. She even worked as an Uber driver to know the difficulties faced by the drivers and customers both. There was a shift in leadership at the helm in Uber, but Uber never recovered from the scandals and Saint John moved on within a year.

Earlier in her career, she was with Pepsi-Cola North America and was in charge of music and entertainment marketing.

“Bozoma Saint John is an exceptional marketer who understands how to drive conversations around popular culture better than almost anyone,” Ted Sarandos, chief content officer at Netflix, said in a statement. “As we bring more great stories to our members around the world, she’ll define and lead our next exciting phase of creativity and connection with consumers.”

She holds a bachelor of arts degree from Wesleyan University in African-American studies and English.

Saint John has appeared in an ad for Apple Music featuring James Corden and Apple execs Eddy Cue and Jimmy Iovine that aired during the 2016 Emmy Awards. She also handled high profile celebrities in her Apple days, including an ad featuring Taylor Swift’s workout wipeout and another starring Mary J. Blige, Kerry Washington and Taraji P. Henson. She also was the face of Apple at the Worldwide Developers Conference in 2016.

Diversity and inclusion in the workplace

Women of color making it to the top echelons of the corporate ladder is still big news because very few make it to the top. The recent Women in the Workplace report from McKinsey and LeanIn showed that black women receive the least support of all women (and significantly less support than men) from their managers, with just 35% reporting that their managers create opportunities for them to showcase their work, promote their contributions to others, or socialize with them outside of work.

She holds a Bachelor of Arts degree from Wesleyan University in African-American studies and English.

Bozoma “Boz” Saint John was born in Middletown, Conn., and spent her early childhood in Nairobi, Kenya, as well as Washington D.C., and Accra, Ghana, before her family moved to Colorado Springs, Colo.