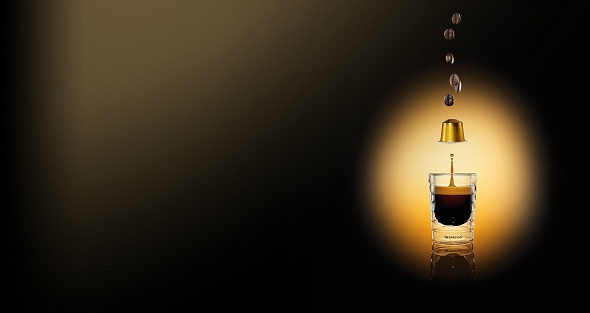 Nestlé’ SA is raking in millions serving tasty dollops of caffeine with its Nespresso coffee machines.  What comes as a jolt bigger than one you can get from caffeine is that, they may additionally serve up a custom mix of vitamins and minerals that will dispense with the need for food altogether.

Nestlé’s researchers are currently working on tools to examine an individual’s levels of essential supplements in order to deliver custom-blended drinks tailored to individual deficiencies. For example, an individual with a vitamin D deficiency will get a tailored blend aimed to provide the boy the supplement in sufficient amounts. The program code-named “Iron Man” is aimed to eventually create a Nespresso-like device that brews up concoctions that human body needs.

“Iron Man is an analysis of what’s missing in our diets, and a product, tailored to you, to help make up that difference,” NIHS director Ed Baetge said over lunch in the campus cafeteria of the Swiss Federal Institute of Technology in Lausanne, where the Nestle researchers are based. “In the past, food was just food. We’re going in a new direction.”

The project has a particular trace to it, much similar to Soylent, the “”open-sourced nutritious drink” that was developed by a Silicon Valley software engineer who became weary of chewing his food. In a recent wave of surveys addressing the allure of replacing actual food with a monochrome fluid that obviously possesses flavor like raw pancake batter, the New York Times’ Farhad Manjoo called Soylent a ‘punishing boring joyless product’.

However, Nestlé, which recently lost its monopoly on manufacturing Nespresso capsules, has high hopes for its altered supplement beverage, with more than 110 of its researchers exploring links between vitamin and mineral insufficiencies and diseases like diabetes, cancer and cardiovascular diseases. Specialists are doubtful, partially due to the expense the project demands. With full nutritional examination as of now evaluated at more than $2,000 for per person, it can only be left to our wildest imagination how much Nespresso capsules will cost.

Christy Gren
Christy Gren is an Industry Specialist Reporter at Industry Leaders Magazine she enjoys writing about Unicorns, Silicon Valley, Startups, Business Leaders and Innovators. Her articles provide an insight about the Power Players in the field of Technology, Auto, Manufacturing, and F&B.
« Harley-Davidson unveils its first electric motorcycle: Project LiveWire
Facebook Improves Android App For Emerging Countries, Thanks To A Trip To Africa »
Leave a Comment
Close